* names have been changed * 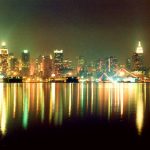 I left Maryland to head to New York City and enter the towers of dreams and the melting pot of life.  As I drove into the urban Mecca, I started thinking about the strong women I had met along my journey.  Unlike others who wear their suffering on their sleeve, using it as a scapegoat for all future behavior, the women I had met marched on stoically, not letting the past prevent their future.

I hoped their confidence and faith would guide me in New York—for New York is a place that chews up and spits out the fearful and unmotivated.

It took quite a bit of motivation just to drive into the intimidating city.  Taxicabs scurried along the streets like yellow beetles on amphetamines.  Pedestrians infiltrated the crosswalks, ignoring red lights, ignoring me; too busy in their own important world to pause.  Navigating the streets of Manhattan was a game of Frogger, a game I wasn’t sure my west coast blood had enough agility to play.

I finally dumped off my exhausted Honda in the streets of the Village, and for the first time in weeks I was footloose and car-free.  I won’t deny there was some separation anxiety but I hopped out and embraced the crowded air ready to leave my wheels behind.

I arrived in the midst of Fashion Week, its glamour and energy bringing out the best of Manhattan.  I originally came to mix and mingle with the Fashion elite, but due to the ‘very important nature’ of their ‘very little’ time, was unable to get the full interviews I coveted with models and designers.  During Fashion Week, everyone has twelve balls in the air, speedily packing as many conversations and events into their New York minute as possible.

I was very lucky to be invited to one of the fashion shows and take part in its beautiful madness.  I went dressed in ‘Alice’ to the Temperley show, eager to see her Spring collection that juxtaposed romantic femininity with chain bondage elements.   The Spring Line portrayed the multiple facets in a women’s psyche, and created a new ‘Guinevere’ that had both softness and steel.  Her line fit in nicely with the themes of my own writing endeavor.  Although I did briefly meet Alice herself, I also was lucky enough to talk to a few other women that had come to the event for inspiration, stories, and martinis.  Over the course of the night I spoke with Victoria in PR, Meredith in media, and Cara in modeling.

Victoria worked in PR for a high end Designer that was rapidly expanding across the globe.  She seemed calm and together, although this week was probably the craziest of her life.  I asked her how she ended up in fashion and her eyes lit up.  She showed me a iconic belt that she had purchased in 2007 and was so inspired by the design that she felt it was her fate to later work for the Designer herself.  Victoria’s job at Fashion Week was to ensure the media presence behaved itself, and the collection was given the limelight it deserved.

“The land of couture is made for limelight,” said Meredith in media.  Meredith worked for a publication that, like all the others, tried to get a different angle of the latest news the fastest.  Media in New York is an addictive career as there is always another story, another take, another subject, another party…..but Meredith wholeheartedly embraced it.  “It’s adrenaline.”

Meredith left me at the bar where I met Cara.  Cara was a lovely soul with a powerful substance that contradicted the hollow anorexic image many of us have of the runway girls.  Cara had been a dancer for 19 years, a model for six, and also had a degree in communications.  She worked with a variety of designers, her favorite Betsy Johnson, as the woman is “just amazing in creativity and spirit.”  Cara considered herself fortunate to be working along side a woman with such direction, creativity, and business savvy.  Cara loves modeling, but feels it is more than just wearing clothes.  “It’s an art.” She used her body as a canvass but also understood the drape and feel of the materials, knowing how to assemble pieces together to create a walking sculpture out of herself.  And right after it began, our lively conversation was quickly overtaken by the press, the cameras, and the collection.  Cara left me as she had left the others to continue her Fashion Week waltz. 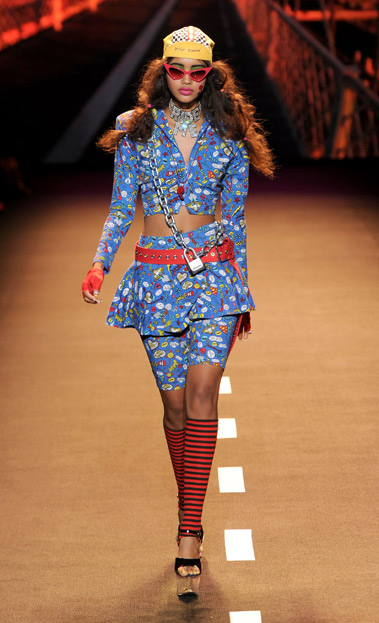 Later that evening I went out for drinks with a friend of mine who works in the apparel industry.  She described a fashion show as “a quick seven minute bit of ecstasy” where one is transfixed and transformed by the flash of colors and shapes that inspire us for the future.  “It’s so New York.  It’s things like this that make me live here.”

I loved the craze of the city as well, but did hope it slowed a bit.  I had 100 emails, phone calls and advertisements out to women for interviews.  I just hoped some of them could spare at least a few precious New York minutes to tell me their story.

Sometimes the best thing you can do for yourself is…