Am I a Masochist Mama? 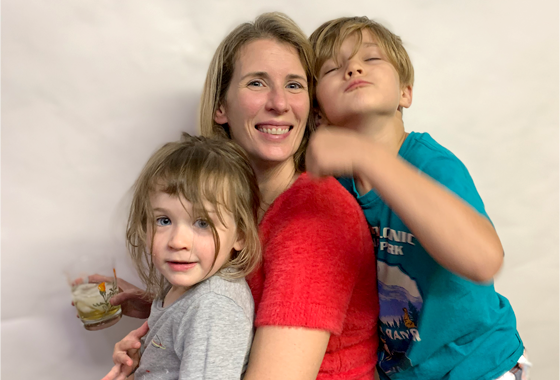 “Isn’t this mama masochism a front?” my friend asked. She leaned her head into her screen and whispered in a low tone, “Don’t you secretly miss it? You know….your old life? Where you didn’t have to be anything for anyone?”

“No. Yes. Sometimes.” I whispered back through the Zoom screen. I had been there and done that….but had I done it quite enough?

I felt guilty. Last week I wrote about how much I wanted to ditch party life for a family. Now, with a family, there were times I wished I could go back and put on those Gucci heels. It was a dirty lil’ secret. I felt I needed to scrub myself with Dove and proudly wear Mom Crocs.

If only I were Catholic so I could go to a confessional and be absolved of all my non-mom like desires.

“Forgive me, Father for I have sinned. I had impure thoughts about Manolo Blahniks that cost as much as preschool tuition. I also keep thinking about those speakeasy bars in New York where you don’t dare show up before midnight. And that hope. The hope that anything is possible and your whole life could transform in the next round of martinis.”

My thoughts were interrupted by my daughter, Vivi. She had gotten out of bed scared, her blue eyes wild. I looked at her innocent face with love, scooped her up, and carried her back to bed. I couldn’t relax until her puppy breaths became deep and I knew she was back in dreamland. I inhaled her. She smelled like mushrooms and nectarines. She was worth any sacrifice.

Something about waiting so long to have a baby made me defiant about it. I would take on the task of amazing mothering (I was Type A-I wouldn’t settle for anything less than amazing) like training for triathlon. I would practice and I would do! I’d teach her, hold her, and provide eternal love and support. I would ensure she always had a safe haven to return to when the outer world turned bleak and disappointing, as it is bound to do. While she’s little I would do every single thing myself while not at my job. Meals, baths, bedtimes, playtime. I hated hiring babysitters because I felt I was letting my daughter down. Even a morning run felt self-indulgent. I had been jogging for 20 years! Couldn’t I give up a few jaunts to focus on play-do for a change? Since I had to work during the day, I had scant time enough for her already.

I was determined to NOT become a mother that outsources her motherly duties when she’s not at work. Like in The Giving Tree, my daughter should be able to cut off all my limbs if she needs. I only exist for her survival. It’s biology, right?

I was highly suspicious of any mom that needed their “own time.” And secretly jealous.

“But you need self-care,” say the other mamas in my online mom’s group. “You’ll be a better mother if you have our own identity. Daughters need mothers with an identity!”

“No. You need your identity now!” they say.

As a mama, I had no idea where I ended and my daughter began. Therefore, I wasn’t at all separate from her needs, her emotions, her life.

My partner/baby daddy thinks I sacrifice too much for my almost-three-year-old and am too light with discipline. Let’s just say I was never any good at the cry-it out’ sleep training technique.

If my baby cries, I want to comfort her. Even if it takes me all night.

“She won’t respect you when she’s a teenager,” he warned. “You need boundaries.”

I imagine a 16-year-old Vivi version screaming at me in the face as she insists on wearing a thong bikini in public. She’ll escape in the middle of the night and run away with heroin addicts to Lafayette Park and I’ll be told, “It’s all because you never set boundaries.”

Ah yes, I should lay down the law. I should find boundaries. And I should find myself. But every night when she asks me to snuggle with her as she falls asleep I forget the book I was hoping to read that evening and, more times than not, fall asleep with her.

Where is the balance between providing love and having boundaries? How can I be a good mama without being a masochist? How can I redefine who I am while juggling a career, kids, and a relationship? Is there any slice of time left over for me? Should there be? And do I even want it?

I’m not sure yet. But I’ve decided to try a few new things. I now (well, mostly) sit in a rocking chair near her bed as she falls asleep so I can dart out to find some time in the evening. If I read a book, I ensure it’s not one on parenting. And I save space each early morning. In the 60 minutes before she wakes I make myself some coffee, sit at my laptop to write, and on some occasions (when the California wildfire smoke is tame), take off for a 30 minute run. Perhaps I’ll eke out a tiny scrap of identity while still being a good mama. It’s a start, right?