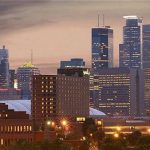 With my last formal interview behind me I drove onward with a new destiny, to drive back across the north to recapture my family’ past.   I started in Minneapolis/ St Paul, a place where my mother had fled her conservative parents to dive into the Mecca of 1970’s hippie counter culture.  When my mother enrolled in Macalester College (a small private liberal arts school), they had abolished all requirements, created co-ed dorms, and encouraged lawn protests.  Back then everyone was free to preach love, drugs, and music above all else.

The only thing that kept my mother from completely dismissing studies for protesting, bohemian cooking, and free love was a broken leg.  She claimed that “there was no point playing hooky on crutches.”  This was especially true in Minnesota winters.  Navigating the snow and ice on paved campus paths was hard enough with all limbs intact.

When my mother wasn’t on campus, and likely crutch free, she spent her time in the liberal West Bank area, a counter culture zone filled with hookah bars and peasant shirts.  She frequented the coffee shop where Bob Dylan got his start and shopped the health food stores to make her own granola. 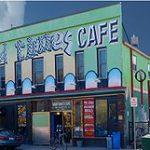 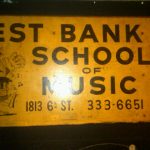 I went back to the West Bank, forty years after my mother read beatnik and wore dashikis on its streets.  Bob Dylan’s café was no longer there; it was replaced with a bar with neon Budweiser lighting.  There were more community centers than hookah shops, and I didn’t see a peasant shirt at all.  However, I did see people protesting against global warming, noticed an old health food store lined with vegan options, and located a ‘progressive’ bookshop. Perhaps some things do stay the same!  I went down the musty bookshop stairs and talked to the owner, whose wispy gray hair and shaggy beard suggested he had lived around the area long before Mr. Tambourine Man became popular.

“The whole era was different then,” he said with nostalgia.  “All the movements came together to create a powerful force of doing.  Civil rights, women’s lib, anti war, gay rights……..Everyone was involved and everything was political. Even hair was political!  Wearing your hair long meant you were anti-establishment. In fact they even made a musical about hair!” He shook his head, “It just isn’t the same anymore.”  He then eyed me suspiciously, noticing my yuppie clothes I had recently bought in Chicago’s Wicker Park. “Was you mother involved?  I mean did she….protest?”

I knew the answer to this question would define my status in the West Bank.  “Yessir.  In fact she slept on the capital steps.”

His dark eyes softened and I knew was accepted, despite my taste in dress. “Ok, well then…..maybe you would like to give her these!” And the grey beard loaded my arms up with political papers both from the past and present.

“Perhaps she can remember what it was like.” He sighed. “It was such a different time.  Much easier.  I remember when everyone went to Europe.  Everyone took their student loan money to travel and see the world.  They don’t do that anymore, do they?”  This wasn’t the time to show off my passport, and so I shook my head.  “I bet your mother spent time in Europe….perhaps in Amsterdam,” he asked hoping to get more information out of the young lady in front of him.

“Actually my mother went to Kenya.”

“Well, people do not go there anymore either,” said the man refusing to believe that anything was the same. 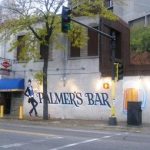 As I left, my arms loaded with inked politics, I asked him about downtown Minneapolis.  My mother had told me it was a sterile place in her day, not worth visiting except perhaps the Guthrie Theater.  Of course the Guthrie Theater had also been rebuilt, now a blue modern trapezoid with a sustainable seafood restaurant at its base.   “Downtown?  Why would anyone from the West Bank want to venture down there?  It’s for the people with money, but little else….”

I kept my downtown dinner reservation a secret and instead went to Palmer’s bar, an old beat-up saloon for West Bank serious drinkers.  I sat myself next to a couple of old timers named Wheezy and Lucky and sipped my beer, pondering the difference between my mother’s youth and my own….and wondering what exactly happened to the world in-between.

“The youth rebellion is a worldwide phenomenon that has not been seen before in history. I do not believe they will calm down and be ad execs at thirty as the Establishment would like us to believe.” -William S. Burroughs