The Naked Truth of Getting Older 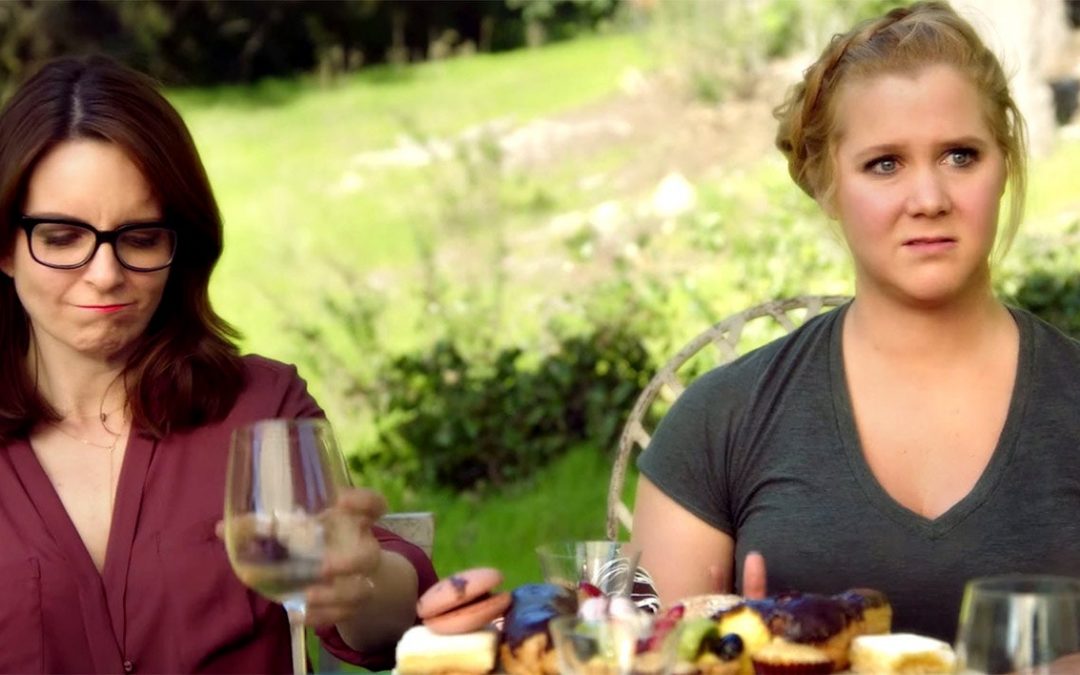 As a woman, I’m not supposed to like getting older. Society tells us that most of our worth is tied to our youthful looks. This generates a sense of panic among 30 something dating, all of us hoping to lock down a mate before we hit our expiration date. “Warning: Best Before 40.” Who knows what piles of mush we will become after that?

Amy Schumer cleverly defined this cut-off date as “becoming unfuckable.” In her video with Tina Fey, Julia Louis-Dreyfus, and Patricia Arquette, the beautiful yet older actresses discuss reaching the age of “unfuckability.” One clear sign: being cast for roles that feature them in the kitchen wearing a long body-hiding sweater as opposed to being naked on the beach, having wild jungle sex with ____ (enter any male actor between ages 16–99 here).

This expiration date also applies to our careers. We are pressured to have our livelihood figured out by the time we reach middle age, particularly if we don’t have a family to show for it. If we haven’t gotten married by the time we’re ‘unfuckable’, then we better have spent our ‘fuckable’ years securing an executive role instead, right? If not, we are looked upon with suspicion “What HAVE you been doing?” It’s particularly challenging for those seeking a career shift. Recruiters desire people celebrating a midlife promotion, not a midlife crisis. Life should be viewed as a hopscotch of progressive building blocks leading to success.

I should be panicking. I’m getting older. Wrinkles adorn my eye creases and I have nothing quite figured out. I’m still dining on cereal for dinner in a rent controlled apartment, navigating career steps, and writing about dating debacles. What if I become both unfuckable AND unemployable in my 40s without anything to show for it except posts comparing the men of San Francisco to types of stinky cheese?

I used to wonder if my little apartment would be featured on one of those San Francisco walking tours as ‘the place that famous blogger lived who held the Guinness World Record for Tinder dates. Legend has it that she never figured it all out…’ Of course, age has taught me that none of us really have it ‘figured out,’ regardless of where we reside. Any of our homes could be featured on a tour- ripe with intriguing tales of family drama, career panics, and aging neuroses.

Yet, as I continue getting older, the happier I become Perhaps I have a rare disease called “Aging Smugness,” but so far the symptoms are extremely tolerable. The primary affliction — not giving a damn what other people think.

Maybe it’s wisdom. Or more likely the experience of going through a series of life’s tempests and being carried far away from any concocted plan. I shake my head at the young perfect people who think they have it all figured out; I know they will soon hop onto a land mine that blasts things apart. As a seasoned veteran of imperfection, I have a guerilla-like adaptability when it comes to life’s setbacks.

Instead of panicking about declining elasticity, the shrinking dating pool, or elusive work promotions, I just prop up my feet and drink more cabernet. It gets better with age, just like I do.

I not only feel wiser, I also feel more beautiful. In my youth, I may have been classically deemed more “beautiful,” but my appearance was marred with insecurity. Regardless of my limber 24 year old limbs, sex made me nervous. What if the angle of light made me look fat and created shadow puppets of saddlebags against the walls? Or what if my boyfriend realized I had no idea what I was doing? Afterall, I was young. I only knew 2 Shades of Grey.

Luckily, through getting older, my relationship with my body has progressed and I’ve grown comfortable with its shape and imperfections. Amy Schumer joked that media finds us more unfuckable as we age, but the truth is that we get MORE fuckable. What is sexier? A woman that holds in her stomach to look thin in dusky lighting or one that just goes for it in broad daylight, inviting the shadow puppets in for foreplay?

I asked my friend Jon why he prefers older women. He’s 32 and dates women nearing 40. “There is nothing more attractive than confidence.That’s something that takes time to develop.”

In my 20s I didn’t even know what confidence meant. My insecurities drove me insane. One night I was convinced my boyfriend was cheating on me so I stormed into his house and saw him sipping tea with a strange woman. I screamed and threw the mugs against the wall, staining the sheetrock with Earl Grey. Then I promptly pushed her down the stairs and out the door. It later turned out that she was just over to get friendly career advice. And she was a lesbian. Ahem.

If this happened today I would have calmly offered to make them scones.

As we embrace getting older we realize that we cannot control everything. My older friends with children said they became instantly calmer once they had babies. It wasn’t worth sweating the small stuff when they hadn’t had time to shower in a week and their left boob was on sentry duty. I don’t have children, but I have now had enough life experiences (aka dated enough men with children) to know that the only thing predictable is unpredictability.

Yet, even though we know things change, we aging 30 somethings also know some things do stay the same. Once I hit 35 I was able to retire FOMO (Fear of Missing Out) while embracing DOSI (Desire Of Staying In). Many of us have spent our 20’s and 30s exhausting socialite parties and half of the city’s eligible dating pool. Unlike people that are young and eager, we know there’s really nothing to miss out on. We can FINALLY enjoy Netflix on a Friday night without feeling guilty.

Perhaps the best benefit of aging is forgiveness. The years soften us and we forgive ourselves (nope, we’re not perfect and it’s okay) and we forgive others for not being the projections we once aspired them to be. We start to admire the quirks in our friends, our parents, and our lovers. When I was younger I chased adrenaline, status and intimidating figures I could never quite catch. Now I prefer to befriend people that are open with their flaws, their hearts, and who slow down enough to walk by my side.

The older I get, the more experiences I gain, and the better I am able to relate to the world. Why do people like 40 year old scotch? Because its age gives it a certain depth and complexity that is meant to be savored on the tongue. The younger stuff is harsher- it just doesn’t go down as well.

There’s no such thing as aging, but maturing and knowledge. It’s beautiful, I call that beauty. – Celine Dion