The Final Interview: One with Myself

Women Interviewed: ~30 (depending upon how one defines an interview)

Cities Visited: ~23 (depending upon how one defines a visit) 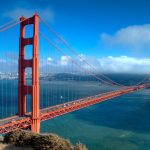 I set out two months ago with no real expectations for my writing project except to capture voices of inspiration. I knew that I wanted to break down stereotypes and illustrate various forms of living, but I wasn’t really sure how the path would unfold or the women I would meet.  I owe my trip’s creation to a man in Mexico, who hearing I was planning to write a novel about San Francisco women adamantly said, “You cannot just write about women in your San Francisco bubble!  That’s irrelevant to the rest of the population.  You have to go out there and talk to other women of the world.”

Bubble?  Hmmmppfft.  At first I was offended. I felt we were a very diverse and profound group of interesting women.  But later at a summer wine party I noticed that the topic du jour was the favored cup size of upcoming breast augmentations.  It was time to explore other realities.

Un-patriotic me had always sought to escape the US convention by traveling to far off places of international intrigue.  However this time I was going to spend time in my own country.  I wanted to unlock its beauty, and its women.

I consider myself extremely fortunate to have met such amazing types and had encountered such hospitality along the way. From surfers to dancers to moms, I was inspired time and time again by the way each woman conquered and embraced this amazing gift we have called life.  We cried and laughed together and through all the story telling and all the alone time (hello 10 hour driving days) I started to peel off all the ugly layers I had accumulated over the years.  To say I transformed is a misrepresentation.  Rather I undid the negative, abandoned the masks, and became a more raw, more open version of myself.  Tolerance for mankind and appreciation of the world reached new levels.  I was once again young.

When I was in New York I met with an agent that told me I needed to tie all my stories together by one common thread: me.  Ack. Writing about myself was the last thing I wanted to do.  But as emails and phone calls poured in telling me to unveil myself, I knew it would just be a matter of time.  The real story will come out in the book.  But for now, I will give you a teaser summary. 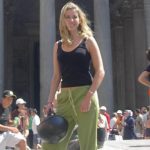 When I went out to interview the women along the road, I didn’t come with set questions.  Rather we talked, and an easy conversation about traveling or food greased the wheels for a more profound story.  I would watch the women’s eyes light up and their tone lower as they transformed into master storytellers.  All I had to do was write down notes as furiously as I could.  If I were to be ‘interviewed’ I would hope for it to be the same easy conversation.  But in case not, I have asked myself the usual questions that people deem necessary to get to know a person.

Where are you from?

I have written about the impossibility of this question before.  I typically lie and say my parents were carnies as it seems easier that explaining the truth with road atlases as and encyclopedias.  I was born in Montana.  Since then I have lived in 16 cities across multiple counties; San Francisco is my current home.

Describe your upbringing and how it impacted your life.

I think that a traditional life was never meant for me.  For starters, my mother is a scientist.  I’d like to say she performed mad experiments on us as children for it would make for a much better story. However, her main madness was taking a path deemed untraditional for women.  With two parents working on different “secret” government projects, we moved around a lot, giving me a unique ability to both garner and terminate friendships quickly.  Becoming attached to any one place or person wouldn’t support the Isern “survival of the fittest.”  As a daughter of a scientist, I wanted to evolve as best I could.  I became a chameleon and adapted to my surroundings; I both made and left friends in three different elementary schools and two separate high schools.  My brother, Hans, was my only childhood consistency.  I am sure I burden him with his importance.

The move at 16 was the hardest.  Not only did I leave a rather secure place and a solid group of friends, but I was also greeted with a grittier side of life when we landed.  There are a list words to describe the ‘bad thing’ that happened to me one night.  Alcohol, man, bruises, blackout….  But I still cannot utter the one that would sum them all up; plus the details are much more complicated than one word alone can convey.  However, it did mark the downfall of a rather naïve girl.  Suspicious men, hallucinogenic drugs, and really bad taste in music ensued. The negative of being a chameleon is the ability to adapt to any lifestyle. However, this black phase was short lived.  I had no addictive tendencies and refused to wear the word ‘victim’ tattooed on my forehead for all to see.  Life is what you make of it.  It isn’t the traumatic events that shape us but rather how we choose to handle them.  Thus, I went off to college, ran for student government, applied for special certificates and studied abroad.  Twice.  I graduated with fluency in three languages, a knowledge of the financial markets, and a truckload of beatnik philosophy books.  Perhaps I needed to show the world it wouldn’t defeat me.

Of course it did try many times.  I once locked myself in a bathroom in Bavaria as my German boyfriend tore apart our small apartment in a mad frenzy.  Years later I locked myself up in a La Paz hotel as all of Bolivia rioted and took guns to the street, taking hostages and lives where necessary.  And then there was a surfing head injury in Bali that kept me locked in bandages at home, forcing me to miss a beach rendezvous that night. Like my crazy foreign men, international illness also had a crush on me.  I had bedbugs while volunteering in Guatemala, a feverish flu in Zanzibar and a parasite gotten at San Francisco’s own Oysterfest.  I named him Earle.  But for all of life’s hurdles, I still wanted more of it.  In fact, it was perhaps overcoming the challenges that I found most intoxicating. (except for Earle, of course).

Much to the confusion of the “smug marrieds’ you remain single.  What about your relationships?

If I felt I was intoxicated on life then I simply got myself piss drunk on love.  I had drunken myself silly coping with all sides of its unpredictable shape.  Some relationships I ruthlessly ended, feeling too confined by their American convention.   I didn’t want a picket fence. I didn’t want a fence at all!

Other relationships were ended for me, before I had time to plead my case. “Maybe there are pieces of me you’ve never seen…” However despite more love affairs than I’d care to admit, only one man really broke my heart.  We used to tell each other that all we needed was ‘love and water’ and had spent full weekends stranding ourselves on an island of bed sheets and pillows.  Eventually, with my body clinging to him, he told me he wanted to go to someone else’s island instead.  Our inevitable end was disastrous  (or rather I was disastrous) but I won’t go into it now. That story is handwritten elsewhere in lines of grammatically incorrect French poetry.

That is the past.  As for the future….well….I am still figuring that poem out.

How about your career?  What exactly is it that you do?

I always avoided the question, ‘Where are you from?’  I felt a similar aversion to ‘what do you do?” What does this question really mean? What do I do? Well, I brush my teeth every day.  I run races. I read books and scribble notes in their margins.  I write bad blogs and even worse love letters.  I cook Paella…….Oh, wait.  They mean ‘how do I earn money’ Right. For me, this is only a small part of what I ‘do’, and like the wind it changes.  Right now it happens to be consulting in the fashion industry, which given my lust for high inch shoes, is a lovely fit.  I know the depths of how a garment is made from its design to its in-store presentation.  This knowledge has brought me to far off places and I suspect will do so again unless I abandon the greenback world to live in a hut in Mexico, eat mangos and write.  Or work again with troubled youth, a job that may make one economically poor, but provides an unrivaled internal richness.  There are so many paths to take in life.  I do not believe they are linear, but I do believe if fully enjoying whatever one you happen to be on.  We define our own destiny.  Neither a man nor an employer can do it for us.  And right now my destiny is to weave some fantastic women together into a novel.  It is one of my life’s dreams.

I came to the party a little late,

I’d been drinkin’ and I didn’t have a date

Walked inside, everybody’s there,

We all danced, we were singin’ to the beat

But when the music stopped, they all took a seat

When a handsome man came over to me,

And they said, “We’re so proud, we’re so pleased,

Harvey Wade and a woman in pearls

Passed around pictures of their pretty little girls

“Didn’t you hear, didn’t you know?

The music stopped along time ago!”

Everyone sat down, they all took a seat.

Now the only one standin’ was me.

The music stopped for them I see,

but that song still plays for me…..

My first boyfriend and his beautiful wife,

I’m playin’ in their town next Saturday night.

Did I wait too long, travelin’ along?

And they said, “We’re so proud, we’re so pleased,

—lyrics from “Reunion” by the Hot Club of Cowtown

Continue reading...
3 Discussions on
“The Final Interview: One with Myself”