3 of the Best Life Lessons Learned from Dad 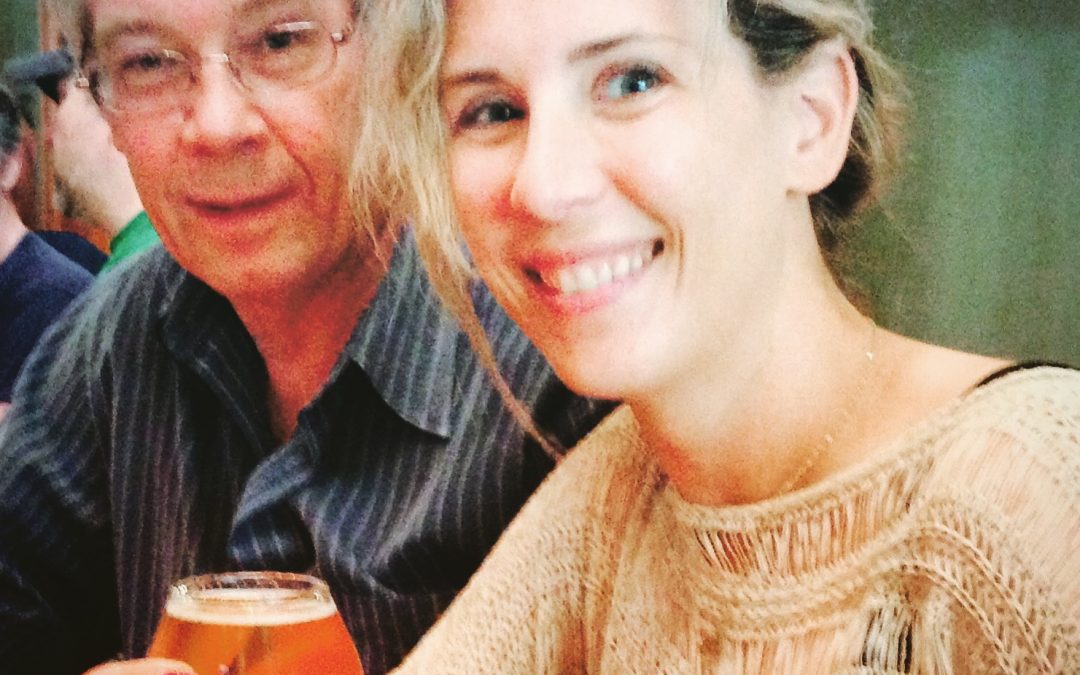 Dad isn’t a big talker. When I call home, Mom and I gab for 56 minutes straight before she passes the phone to Dad for his 4 minute end cap. Dad, as usual, is engrossed in a Mariner’s game.

“How’s them Mariners?” I ask. I know nothing about baseball.

We scramble for words, improvising topics as we go. Should we talk about the the woodpeckers ruining my deck? Google’s stock performance? We become akin to Iron Chef contestants tasked with creating a four course meal out of onions, haddock, brie and apple juice. Hanging up the phone always feels like finishing a marathon. “We made it!” I think.

However, lack of words doesn’t mean we don’t communicate. Growing up we bonded over planting trees and laying tile. Our shared activities may appear to have been violations of child labor laws, but to me they meant, “I like spending time with you.”

As in any family we had our share of mistakes and arguments, hurt feelings splashing the walls of our house. But no one ever said, “I’m sorry.” If I offered to help him sweep the garage, we knew we were “all good.”

We never said “I love you.” Anytime someone became sentimental, Dad would nervously pace the floor and bring up the latest Wall Street Journal headlines. However, when I went to college, he made half of my furniture. Those shelves lasted longer in my heart than any three little words could.

Unlike Dad, I’m mostly a verbal communicator. I’m a writer, afterall. But over the years I have learned that meaningful relationships have equal parts talk and action. If I love you, I’ll give or do things that last longer than the breath my words dance in. Those that care about me, do the same. My brother and I call it the airport test. It’s easy to hang out and say the “L-word” with your friends, tipsy on wine. But if they are “too busy” to come and fetch you from the airport when you are on crutches towing 2 suitcases, then they aren’t a friend.

A typical greeting when I fly home to visit my parents looks something like this:

Dad: Hm. Heidi, Is that a pimple on your chin?

Dad: Aren’t you getting to be too old for pimples now?

Unlike some parents who feel they must always bathe their children in compliments, Dad always tells me when I’m too fat, too skinny, too mean, or too nice. People may think that an upbringing filled with blunt observations leads to a shaky self esteem, but the opposite is true. I have learned that my worth runs deeper than my skin. And my skin is encyclopedia thick. My happiness doesn’t cling to someone’s ability to flatter me, but rather stems from an intrinsic belief in what I do. If I do gain some weight, it is going to be stated as a matter of fact. However, on the rare occasions when Dad says I look lovely, I beam. It doesn’t just seem special, but I also know he means it from inside and out.

I grew up in a small town where no one had much money, including us. However on occasion, we’d go out for social engagements at a local “Oriental” Restaurant and dive into exotic 20 page menus, ordering every item just in case we were on the eve of the Apocalypse. Dad called such establishments “Feed Barns.”

When the bill came, people either stared at it as a mutant creature or avoided looking anywhere near it, fascinated by the fly lingering on their teacup. Perhaps no one wanted to admit to eating so much food and putting down a credit card would be self incriminating. Or maybe they felt they were owed a dinner, imagining us 4% richer than they were. Or they might have wanted to calculate the exact ratio they ate for fair payment. As soon as a calculator came out my dad would sigh, push it away, and put down his card, paying for everyone. Even if others were 4% richer than us.

“If you act cheap, you’ll become cheap.” he said. “It’s better to suck it up than reduce the group to performing 4th grade math.”

Today, many of my friends have a lot more money than I do, and some others have a lot less. However, we never think about how we’ll split the bill. It’s not the meal we are monetarily contributing to, but the time we have together. If you make money matter more than the experience, then it will.

The same is true with acts of service. Anyone that keeps a running tab of what they have done for someone else so that they feel “owed,” is missing the entire point of what it means to have a relationship.

I may be lousy with monetary calculations, but I feel pretty darn rich when it comes to my network of friends and shared experiences.

Father’s Day is just around the corner. I hope everyone appreciates the unique ways their own father showed love or taught life lessons. If you have a story to share, please do so in the comments. The zanier the better.