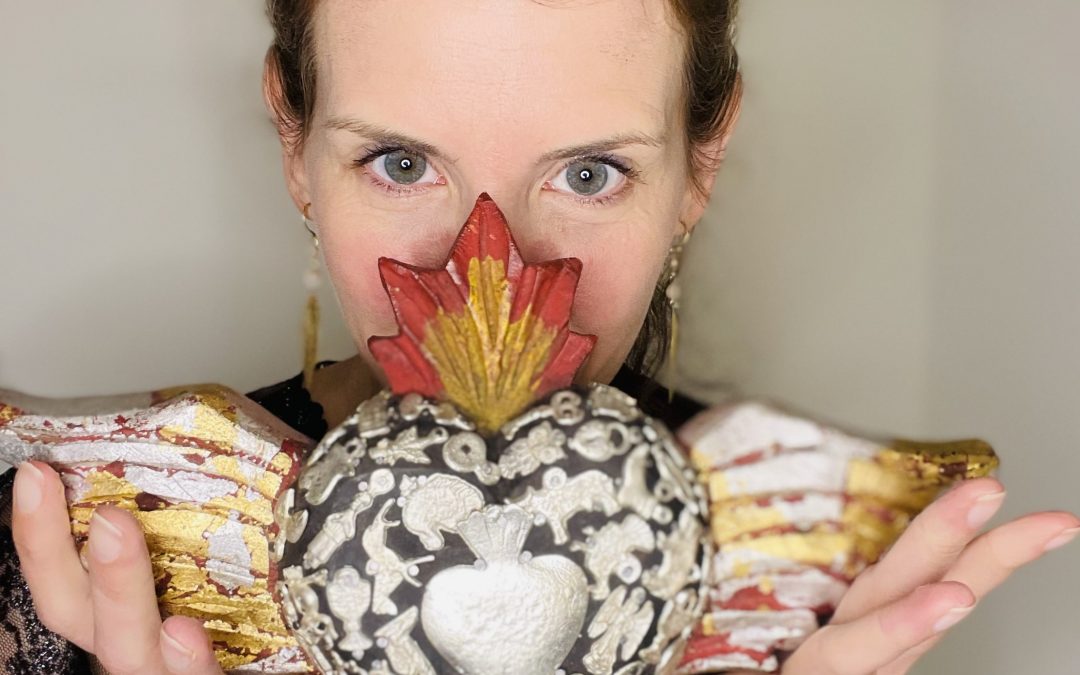 “And then like that, he was gone. Why is it so hard to keep the one, after we find them?” asked Katie.

Katie had just experienced another heart wrenching breakup. She’s been chasing “the one” for 20 frantic years. Career, social life, and self identity were hastily put on the back burner.

Searching for “the one” is part of the human condition. We all seek love and partnership. But sometimes that goal, provoked by biology, Disney movies, and temporary madness, turns into an obsession. It takes us away from ourselves and sabotages any chance of a relationship, with “The One” or “Any One.”

But I couldn’t tell Katie this (She loves DIsney movies). I could only tell her what had gone wrong for me, across many phases of my life. And why not finding “The One” can still have a happy ending.

PHASE 1: The need to attract

When we were young, my friends and I were all seduced by a popular party drug–love. We had left our parent’s homes and were footloose and fancy free in the big city. College exams and first jobs had some importance in our lives, but our hormones had different plans for us. Attract Attract Attract.  We became the White Bellbird, performing loud mating calls in urban jungles. 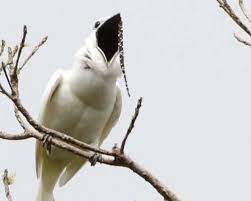 The White Bellbird has the loudest mating call of all birds…just like us….

My bellbird self moved to Europe at age 20. I wanted adventure, I wanted romance, and I wanted a man with foreign accent. One fateful night I became twitterpated from a mere glance at brooding eyes across a discotheque. After the young man and I exchanged four sentences, I fell madly in love for the first time in my life. Woah–this drug was strong. It only took a few moments and a cheesy Eurovision song to become addicted.

According to research, love produces the same surge of dopamine as cocaine. It causes the best of highs and the lowest of lows. It also makes you feel like you are going insane. The level of the insanity (and crash) all depend on how much you indulge. Over the course of my 20s, I became a full fledged love junkie, falling in love multiple times. I learned “I love you” and “I hate you” in four languages.

The rush was amazing. But “love” always wore off when infatuation dwindled and realities of a relationship hit. We weren’t mature enough to work through the withdrawal and create something stable. Plus life just wasn’t cooperative. Graduate school intervened. And I wasn’t experienced enough to weed out the good guys from the bad. We all know that bad guys provide a better rush. Any “one” I met was fleeting.

PHASE 2: The need to mate

In my early 30’s I knew the difference between infatuation and love. I also knew myself and what I wanted. I did a cross country writing roadtrip. I landed my dream job at an innovation firm. But darnit, as soon as I was on the verge of complete self realization, my biological clock entered the scene.

The urge to find “the one” had returned. However, I didn’t want a fleeting rush from a party drug. I wanted a stable IV drip from a relationship that might produce children.

I wasn’t alone. Every career woman I knew was perplexed. How do we balance it all? Was career success thwarting our chance of a relationship? Did our ambition turn men away? I interviewed career men on the streets of San Francisco. Many said they were intimidated by us. I also interviewed career women at a “Lean In” Book club. All said they’d forgo a promotion at work in order to find a child producing partner. Ack-did we just throw feminism in the toilet?

I pretended to be above this. I wasn’t. A girlfriend and I would go out to dinner once a week assuming we’d talk about literature, current events and provide each other job advice. But every evening our conversation would get hijacked by a need to procreate. We’d stop mid sentence to scan the restaurant for potential “mates.” We would deem the entire night a failure if we didn’t see or talk to any.

Of course, there were times I turned off that Tick tocking clock to embrace work or travel. But sure enough, that need to find “The one” always pulled me away from myself.

I led a conflicted life. On one hand, I wanted adventure and a career. On the other hand I wanted to mate. I didn’t know how to make them all work together like Sheryl Sandberg did.

In my mid 30’s I DID have relationships. With good, honorable people. But then I developed an odd type of Obsessive Compulsive disorder.

I was already Type A at work and I wanted to be Type A+ in romance. I felt I could turn “Any One” into “The One” by my actions alone.  Therefore, I strove for perfection, writing beaus poetry and arranging midnight cheese picnics. I started linking my self worth to the health of the relationship. I had frozen my eggs, but that didn’t stop my biological clock from ticking in the background loud enough for everyone to hear.

“Shut up!” I’d tell my clock. “Can’t you tell I’m trying to have a perfect relationship over here. You’re rushing things.”

“You’re running out of time,” my clock would tell me. “Hurry up over there.”

I’d panic. Then the guy would panic. In the craze, everyone forgot what they wanted.

So breakups, regardless of who initiated it, were inevitable. Was it my biological clock’s fault? Was it mine, forgetting to let a relationship breathe and develop naturally? Or was the guy, who was just never going to be a lasting “one” anyway? Likely all three.

As many readers know, I did end up having an amazing child and now have an amicable relationship with my daughter’s father. With a child and single again in my early 40’s, I can happily say I’m good. That madness is gone. I don’t need to procreate and I don’t need to date.

“Maybe you’ll turn to women, like Glennon Doyle did?”

I do not believe in “a better half.” I want to complete myself.

I am more possessed by a need to get a good night’s sleep than to meet a guy. It’s a huge release. My skin is better, my career has more possibilities, and I fully enjoy time with my family and friends without secretly hoping a man will arrive on the scene and whisk me away. Without a crazed dating calendar I did the impossible–I completed the Whole 30 diet! Not dating is simply the healthiest thing I have ever done.

In this phase of my life I will be my own “One.” It’s better for me and it’s better for my daughter. No other “one” can interrupt the special bond we have.

Sometimes I feel like I have to make up for lost years of “me” while dating. But perhaps all those years on love jaunts are part of my identity. How would I have any writing material without my past nine lives and lovers? Plus each past “one”  taught me something whether it was to snowboard, to salsa dance, or to always be honest, no matter what the consequences.

If you’re on the search, embrace it! Just don’t lose yourself completely. Maintain something that’s more valuable than a mate. Be your own “One.” Then, who knows, without all that pressure, maybe your relationship will last. And if it doesn’t, that’s ok too.

As I finished writing this blog post, my friend Katie texted me. She is now going to learn to surf. Granted, she’s hoping for a hot surf instructor, but she still said she’d ride the waves as they come. See-It’s never too late to redefine yourself.

“A true soul mate is probably the most important person you’ll ever meet, because they tear down your walls and smack you awake. But to live with a soul mate forever? Nah. Too painful. Soul mates, they come into your life just to reveal another layer of yourself to you, and then leave…”

Other “The One” posts