How to Mess Up Your Online Identity (#FAIL) 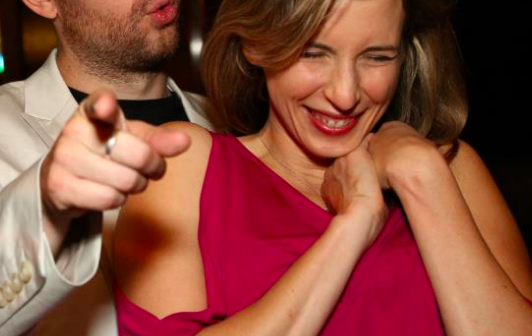 “The Web can and will influence how others perceive you, both personally and professionally”

When it came to protecting my online identity I was embracing the “Fail Fast, Fail Often” methodology.  Below are top fails, what I learned, and what I’m (not) going to change.

Top Ways to Have a Flawed Online Persona

“When I tried to show your website to a friend, claiming you were a great girl, it took him to gratuitous pictures of buttocks. Naturally he wondered how we met.”

Desperate to correct, I went through 3 programmers, a few hundred dollars, and countless backdoor script scrubs to get clean.  Lesson learned-always monitor your presence and keep your site updated to ensure it’s representing YOU. The other lesson—hacks will happen to all of us at some point.  Correct quickly. Ask for forgiveness. Then move on. We’re all fallible.

After I posted a quote claiming shoes were a crucial measure of a woman’s elegance on Facebook, I received another concerned phone call.

“Shoes? Don’t you worry that people will think you are trite?” asked a friend. “You should be crusading for the female spirit, not the female foot!”

“Heidi, no matter.  Your public doesn’t need to know about your material obsessions. If you ever want to be published in the New Yorker you must come across as intellectual.  You read The Economist—quote that.”

If I were to be honest with ‘my public’ I’d admit that the last three issues of The Economist were unopened whereas every page of the last Vogue received a delicious rubdown.

At IDEO we pride ourselves on bringing ‘our whole self to work’. Couldn’t I also bring my ‘whole self’ online?

I had a choice-I could edit my posts and present a pristine academic Heidi picture to the world (wearing sensible shoes, quoting Angela Merkel), or I could just keep barreling down life like a bull in a china shop (or a Manolo Blahnik store), and post my stream of conscious reflections.

Is this self-sabotage? Perhaps. But it’s also real.

#3 Pose in costume as much as possible

In San Francisco, we love costumed occasions, from SantaCon to the Superhereo Street Fair to just deciding to dress up as a pirate on Tuesday. Every costume is captured online. After all, if you didn’t ‘instagram it’, it didn’t really happen.  However, it can be a bit awkward when photos suddenly surface in a business setting.

“Isn’t this you, here?” asked a prospective client, showing a photo where I was grinning in a white tutu, boa, and glitter.  “Apparently you were at the same party as my team.”

There was nothing I could say to alter the evidence. A photograph is worth a thousand words and there I was clad in feathers with the client’s underlings.

“Maybe it’s my cousin…she resembles me in glitter… Now about that deliverable…” I stammered, trying to regain composure and show that I was still a power-suited force to be reckoned with.

“Yeah, we can talk about the deliverable…but I want to know more about the party. I wish I could let down my hair like you guys do at a design firm.”

I was shocked.  Were we getting personal in business?  Did I have permission to have a costumed ‘outside life?’  If they knew I was more than corporate, could they still trust me with their money?

By revealing more of ourselves (er, literally more) we enable those around us to see our unsuited human side. Maybe business doesn’t have to be ‘business’ all the time and we could carve out time for play.  By showcasing our silliness, we help others break out of their shell, empower them to be creative, and forge deeper bonds.  I’m sure there are boundaries but I have no idea where they are right now.

All in all I decided to ensure my online persona represented ME.  Not the hacked me, not the edited me, but the real me. If I dance like no one is watching, I’ll post like no one is judging.  Is this better for business?  I honestly don’t know yet.  But it’s an experiment worth trying.