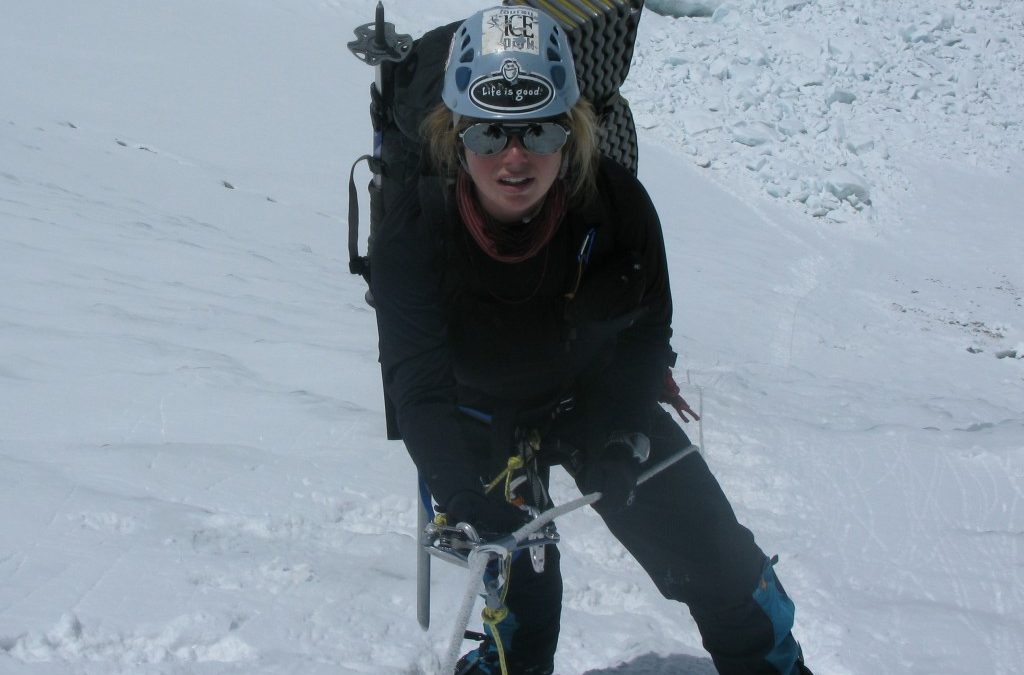 I have often toyed with the idea of casting my career into the abyss and following some crazy passion. Maybe I’d run amok with a latin dancer and perfect the cha cha in Cuba. I would be known as “Pies del fuego” (feet of fire).  Or maybe I’d don board shorts and set up a girls’ surf camp in Indonesia. From my hut, I’d teach young women the beauty of watching the waves and catching them with perfect timing. I would be called “calm one.”  These are all fantasies, of course, including being calm.  After a two-week stint of any fantasy, I come roaring back to a life that involves slide decks and high heels with big personalities.

Whenever I meet someone who has successfully shed a ‘normal’ career with one grounded in passion, I pay attention.  Perhaps they are onto something. Perhaps we can find a way to create our own dream job too.

“I will be out of the country on a scouting trip in Northern Norway.”

This was the email response I got from Emilie when I wrote to ask a clarifying question on an article I was writing on her women’s outdoor company, Call of the Wild.  Norway would be her fourth all women’s climbing expedition this year.

Emilie and I first met in 2004 in San Francisco during a Women MBA Association meeting.  Emilie was not only the Association’s President, but also had a lucrative career in finance selling to hedge funds.  In 2004, she was climbing spreadsheets and corporate ladders, but had never been to a mountain in her life.  When I recently heard she had left the land of greenbacks for the land of green pastures (mountainous green pastures, that is), I was surprised.

“You had a skyrocketing finance career in San Francisco and you left it to run a lifestyle mountain business in Bend, Oregon?” I asked.

“Yup,” she said. “I downsized my salary but upsized my life.  In Finance, I worked for assholes, and I worked all the time.  I’d be in the office at midnight and on a plane to a client meeting at 6am,” she said. “It was good money but I worried that I’d have a heart attack at age 35. It was time to leave the rat race.”

Some women leave corporate America to have babies, others to open bakeries, and some, like me, plan lifestyle businesses on exotic beaches. Emilie, however, left for the mountains.

An athlete is created, not born

Emilie describes herself as short, ‘soft around the edges‘ and non-sporty. However when a friend asked her to do Half Dome eight years ago, she took a risk and agreed. She recalls, “Compared to what I do now, it was an easy ‘vanilla’ hike but at the time I was terrified. I panicked and wanted to turn back.  However with friendly motivation I made it.  Wow-what a sense of accomplishment! Then, months later I found the courage to attempt another hike while in Bavaria. I’ll never forget when a man commented on how ‘athletic’ I was!  It was the first time anyone used that word!”

Feeling lean and strong, Emilie knew she had found her lifetime sport.

“No one should judge a book by its cover-including my view of myself!” she said.  Empowered, she spent the next few years trying to find every mountain peak she could.  Hiking turned into backpacking which turned into mountain climbing.  She went from wielding spreadsheets, to wielding an ice axe.

Before Emilie took over the all women’s outdoor company, Call of the Wild, she had been leading mixed groups up mountains with the Sierra Club.

“While guiding mixed groups, I always noticed that women were more anxious when men were around.  They didn’t want to be a burden.  In women’s groups it’s different because it’s not because you are ‘just a woman.”

Emile remarked that women also went through a huge transformation after an excursion-they felt more confident to take on many of life’s challenges when they got back home.

“I had been an advisor to Call of the Wild for a few years and when I heard it was up for sale, I saw it as a sign. My job was crazy, I loved the outdoors, and I wanted to encourage more women to get out there. Why not run an all women’s outdoor company?”

Of all the things to quit a job to do, Emilie didn’t certainly choose the road most traveled.  Not only can mountain treks be grueling (the snow camping variety) but outdoor adventure companies don’t always come with huge paychecks, and startups don’t come with staff. Emilie manages all trip logistics herself from permits with National parks to customer service to flight booking.

“I’ll be honest, it’s a lot to manage for one person which is why I’m currently hiring! I chuckle when people ask me “How does it feel to live the dream?” and I’m trying to remember the last time I worked out.”

However it is all worth it, even though Emilie makes a fraction of what she used to and is fighting for the company’s future.

“I believe in what I am doing,” she told me. “A lot of women are looking for inspiration to challenge themselves and they just need a trusted partner to help them take the first step. My mother died at age 12 and I never had a female role model to inspire me. I thought perhaps there are other women out there who crave inspiration too.  Perhaps I could create a place where they would have it.” 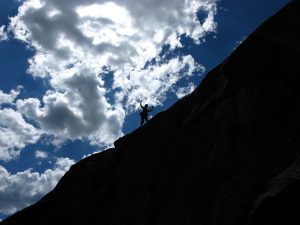