When ‘The One’ isn’t The One (and Marries Someone Else) 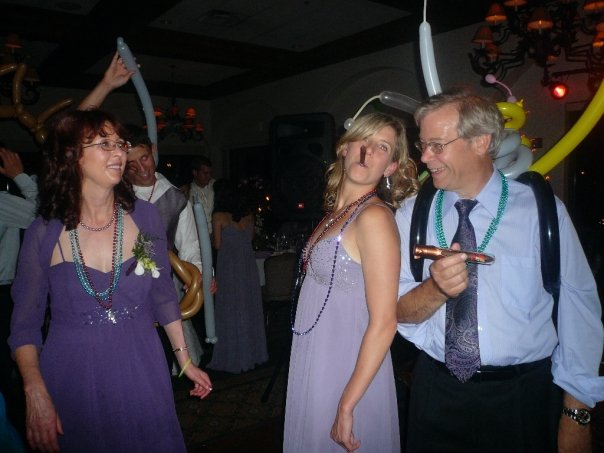 Do you remember…when you thought you found ”The One?”

The One you wrote poems about at 3am because the butterflies kept you from sleeping. And eating. And all other human functions that disappear when infatuation invades your body.  You didn’t even poop for three weeks.

The One you’d have sliced off a limb for, if only to spend an hour by her side. After all, who needed a left leg when her head was forever resting in the crook of your arm? Or your head on the security of his chest?  You smelling their smells like it was a magical elixir you wanted to drink.

The One you thought was IT and (if you kept your limbs) you’d dance to Van Morrison at age 75 on your 50th wedding anniversary.

And you and The One had the same dreams at night and you spoke of futures and children and homes with garages and how you’d cash out your 401K plans and move to Mexico and other such things that young people in love speak about before real life happens.

And then real life happened. It ended your love in a violent tornado and your bodies, once intertwined, were drawn and quartered in different directions and you thought you might actually die. But you didn’t. And the winds carried you away to new lands where your new stretched out body ran free and after some tears and some time it was all okay. It was okay because our hearts are made of regenerative material and muscle memory is strong.

It was okay because you were both busy people on opposite corners of the earth, living different lives, loving new people, but still referencing each other in lyrical prose. “The One once….”

And then The One decides to go and get married. To someone else.  Which means they are someone else’s One.

As your friends tiptoe around you with the knowledge (are you strong enough, they wonder) you debate your options. What do you do? What on earth are you to do, still wrapped in your small, alone life with unfinished writing and a string of Twos and Threes, but clearly no other One?

Do you go back through all your old love letters, now yellow with age, just to remind yourself that it was real?  Do you make scans and photocopies and send them in one full package wrapped in a golden bow as a marital gift?  Or is that psychotic? Yes, they say. Oh, you respond. Right.

Do you take a thousand lovers?  Or go fuck the brains out of the tattooed 27 year old downstairs? Let him throw you up against the wall with his brawny arms until the sheetrock cracks and his soft mouth bites your neck and you feel alive and desired and unencumbered by this idea that The One didn’t choose you for eternity because this (new) One will right now?

Or were YOU chosen by The One?  And did YOU ruin it with those self-sabotaging sentences laced with insecurity? Were loving glances overly peppered with critique? Were you a victim of youth and confusion and maybe now it would be different? Your mind reels….

Do you make a mad, last ditch effort to explain all of that to The One and woo them back in knee jerk reaction adjectives and poorly thought out sentences? Do you try to convince them that young love should be old love and you know you could make it stand the trials of time because you tasted each other in your 20s? How much has changed?

Do you just smile? And then say Thank You.  For the “Someone” (no longer “The One”) you once loved is happy. And you, you crazy wild creature, are now free. The cycle has ended and the ‘amour de ta vie’ was really just le amour de une phase…a phase of your life that has come to its term and now you may pick up and start a new chapter. With your downstairs neighbor. Or with anyone.

You are no longer held captive by archaic ideals.

And maybe you’ll get married and maybe you won’t but you’re finally ready to love passionately again and find another One to keep you up at odd hours of the night and help you finish your anthology.  Because there can be more than one big love…you are writing your own story and can conjure up as many Ones as will fit in your heart…