Addicted to Intensity*: Interview with a Serial Crisis Zone Doctor 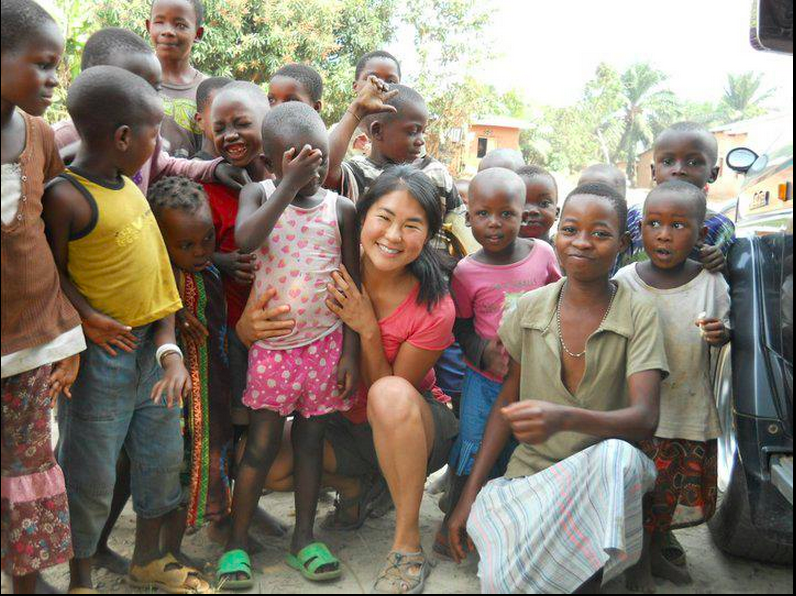 When we try to help people in third world conflict or disaster zones, we often reach out with our dollars, the universal language. Rarely do we try to understand the people’s language or anything else about them. A select few choose instead to reach out with their lives, teaching themselves foreign tongues and cultures in the process. Not only can they create deep impact, but they are also given a gift: the realization that love and happiness can exist anywhere.

Suzan Song, MPH, MD, PhD has devoted her life to intimately understand people in conflict zones. She has dedicated 14 years to working with children, families, soldiers and refugees across war torn, HIV ridden, and disaster relief situations in Burundi, Haiti, South Africa, Sierra Leone, Liberia, Ethiopia, Syria and the Congo. In the U.S., she works with low-income families, foster youth, and refugees. Her passport makes mine look like a Hello Kitty book.

I was inspired by her work and asked if she would tell me about it. She graciously gave up an afternoon of kite surfing (a whole other type of intensity) to meet me in San Francisco’s Mission district and tell her tales.

Suzan’s quest to help was like an addiction. “After college, I worked with HIV patients in a Zulu village, then moved on to war refugees, then sexual violence, then torture victims and child soldiers. I kept wanting to go into deeper, more challenging situations. My work kept getting more and more intense.”

It wasn’t always this way. As a child Suzan planned on becoming a waitress when she grew up. But at age 15, her father died, his remaining breaths spent in a hospital. “Hospitals are scary for kids, “ she said. “All these sick people condensed in a cold sterile building with people rushing by them, expressionless.”

Her father’s death changed her life. She decided to dedicate it to medicine and a compassionate understanding of what people were going through. What I found especially moving was that she didn’t just appreciate intense vulnerable moments, but she was also deeply grateful for them, including the times she spent with a cadaver in medical school.

“Working with a cadaver was so intimate—you are teasing apart each nerve, delicately moving apart fascia. I was cutting into a man’s penis and his skull. It was so intimate even though I never really knew his story or who he was. I wrote my cadaver a thank you letter.”

If she could be grateful to a cadaver-think what living humans could inspire her to do? Moved by vulnerability in extreme situations, Suzan traveled the world, feeding her passion to connect with and help others. She was always at the most intense place at the most intense time, like in Haiti right after the earthquake.

She recounted, “People didn’t know where their families were. Kids were trying to pull their parents out of the rubble and failing, watching them die. All were in such a vulnerable state. For them to trust me, let me in, and allow me to help them was a huge gift.”

For the past 14 years, Suzan has worked in medicine, psychiatry, research and advocacy—including serving as a policy advisor to Ministers of Health and performing research at Harvard.   However, she felt there was something missing with most approaches to policy work. She didn’t think it was human centered enough.

“While it’s great that people are interested in Africa or low income countries, I felt most don’t want to go deeper to have a textured understanding. They come with solutions and technology ideas they developed in the THEIR world-but these aren’t paired with a cultural understanding of how people could best use them or what they most need.

Suzan saw multiple NGOs come to Africa and set up programs like “sports for kids” without any knowledge of how this would help them. In international policy most priorities are made according to the donor’s own interests or ideas, not the citizens’.

Suzan seemed to think that there was a lot of waste. “If you want to understand the problems of people, try living with them, not giving policy advice from afar. Whether it’s advising a family or a rebel group – if we can better understand one another, we can better mitigate conflict and help each other.”

Suzan decided to start her own project doing ethnographic work with former Child Soldiers so that she could learn about their needs. With a small $10,000 grant, she set off to live with them and their families and help them reintegrate into life.

“Love comes from working with people and understanding them,” she said.

Suzan’s goal was to weave her clinical skills with local customs and healing. She viewed local ceremonies like “body washing” into her work of healing. She felt this layered approach would better help child soldiers integrate back into normal life.

There is a huge chasm between ‘normal life’ and ‘child soldier life.’ Child soldiers are abducted and forced to serve with the rebels for ten years. When they get out they are lost. How could they be a good husband or parent as they have never had a family of their own? Suzan explained that in the rebel forces, child soldiers were not even allowed to have friends.

“If you have a friend, it means it’s easier for you to escape.”

The rebels managed socialization by severely beating any children that were assumed to have forged kinship with another child. Many had been forced to kill their supposed friend. This led to immense challenges as the children grew up and became parents themselves. Some wanted to discipline the same way they had been, and some were so fearful of brutality that they were completely hands off.

The diversity of how individuals dealt with their childhood trauma was interesting. Suzan mentioned that some people were fine with killing—it didn’t traumatize them or affect how they carried out their adult life. However, it ate up others up and prevented them from integrating successfully. When it comes to managing trauma-there is no universal truth. Sometimes though, there is surprising amounts of love.

Even though people assume that kids forced to do unspeakable acts may turn out “damaged”, Suzan found that many had profound love in their lives. Suzan said, “I lived for those moments when you catch a father looking at his child, completely engulfed in love. I’ve seen that look in a parent’s eyes many times. Sometimes as they take their child off the ventilator to die at the hospital. Or others when a former child soldier father finds peace while watching his child quietly play with sticks. That’s why I love working with families. There are so many beautiful moments.”

Suzan stopped working with child soldiers two years ago due to “security problems” that she couldn’t talk about. That line of work wasn’t easy and Suzan was regularly confronted with the prospect of her own death. But this didn’t seem to bother her that much. “I guess I didn’t want to be any different than the other Burundian people,” she said. “In Burundi, people will kill you for a SIM card. My friend had been held at gunpoint. That was their reality.”

Of course it wasn’t all dire situations. She noted, “I hate it when people say ‘Oh those poor kids in Africa’ because that’s just monetary. They are rich in so many other things like family and support. There is a lot of love. I think America can be very poor in those things.”

Now back in San Francisco, Suzan mentions she has been “feeling ‘blah’ lately.”

“I miss that intense feeling of meaningful work and purpose. There’s no better gift than to be able to not only work with, but also help, innocent survivors overcome really bad things like war, violence, cancer, etc.”

She admitted that it was hard to find other people like her, comfortable with the extreme. “I’m have an affinity to war photographers because I think they can relate. They go into “dangerous” situations and help document. I help heal.”

“Yeah, I could do Doctors Without Borders. That would make me comfortable because you know, they only work in conflict zones.”

She had no idea how off that statement sounded as we brunched in California, warm with sunshine and overpriced paninis. Suzan later wrote me to tell me she was going to return to the intensity and do work in Jordan and Syria.

After meeting Suzan, I was inspired to leave country again, volunteer and get uncomfortable. It was also time to learn someone else’s language.

“I’d rather sing one wild song and burst my heart with it, than live a thousand years watching my digestion and being afraid of the wet.”

― Jack London, The Turtles of Tasman

*After talking with Suzan, we think an alternative title could be “Addicted to Meaning”…because it you think about the work she does, intensity is pointless without it.