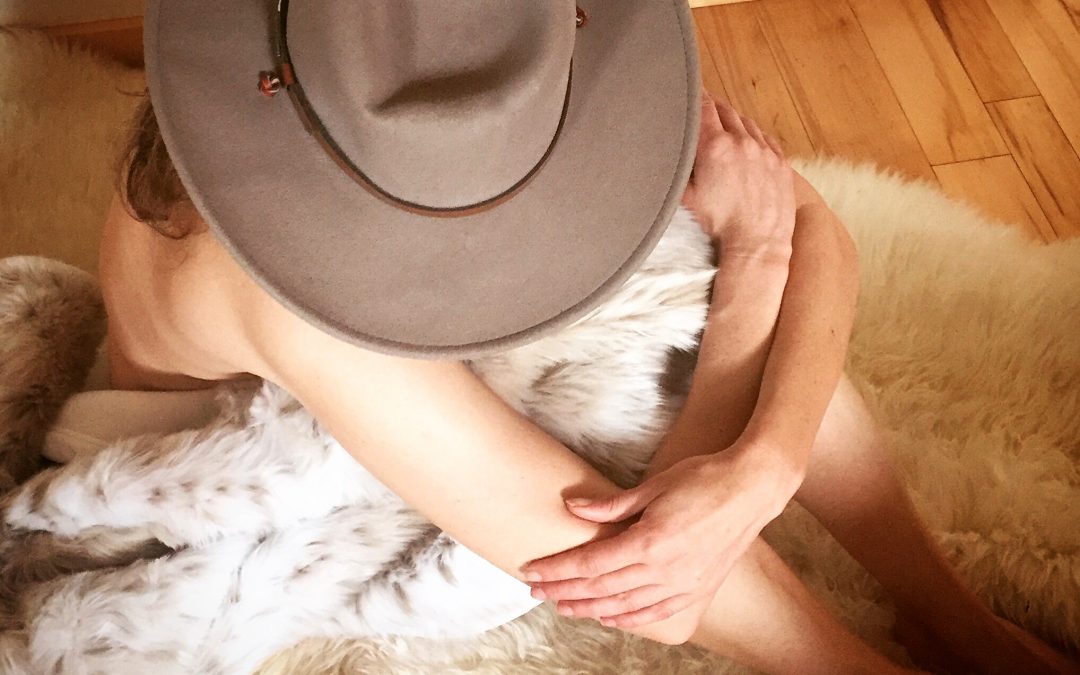 “The thing you don’t realize is that there is Good Naked and there is Bad Naked. Naked hair brushing-good. Naked crouching-bad.”

In this Seinfeld episode, Jerry dates a nudist and quickly realizes that naked can have a dark side. For example: crouching over the countertop while nude, eating a pastrami sandwich.

Vulnerability is the new naked. The trendy topic, fueled by Brené Brown’swork, encourages us to open up and connect over our innate humanness. We feel empowered to disrobe to be “uniquely us” and, as a result, lessen our judgement of others who are “uniquely them.”

We strive for a more intimately connected world. However, many people abuse the vulnerability crusade, creating bad versions that push others away. Open your heart, yes! But don’t bleed all over the place and leave a mess.

When I wrote my post last week, “Open Up, Close More Deals,” I wasn’t promoting running around the office sobbing while posting STD test results to the watercooler. Or doing strenuous yoga postures in the buff like many of my fellow San Franciscans. “Good Naked” is not an over-reveal that makes people wince, but rather a vulnerable narrative that makes them think, invites them to connect, and inspires them to do something different.

To employ “Good Naked,” we can employ a simple formula:

To help me flesh out the equation, I spoke with people that get naked on stage as a regular part of their career — comedians and strippers.

Last week I had the pleasure to speak with the past Facebook exec, author, and stand up comedian Paul Ollinger. Paul told me, “Some people run races, others skydive. I do comedy. And here I risk failure by presuming I can make strangers laugh.”

Vulnerability, whether on stage or online, means risking your ego to reveal everything, never knowing how your audience will react. You can’t be timid and just go half-way there.

For Paul that means moving beyond bald jokes to discussing his fears about being middle aged, revealing things on the inside.

Strippers start by revealing everything on the outside. One green eyed beauty called Kitty told me, “Men watch in anticipation that I’ll be naked by the end of my dance. I can’t just stop mid-strip.”

Kitty was a stripper in New Orleans that I interviewed while on a mission to understand alternative career choices. She felt the stage was true bravery. Her entire life, including both past trauma and future aspirations, came out in her dance. Like the cigarette burn on her left shoulder that flickered under the strobe light.

How can you gain courage to get up on stage and take it all off, baring the scars of your life to an unfamiliar audience?

The biggest hurdle to overcome is other people’s opinions. “I like stripping,” said Kitty, “I hate it when people think I do this because I don’t have other options.”

The uncourageous attempt to appeal to everyone’s ideals and end up mired in mediocrity. The best artists, dancers and comedians dive into controversy.They paint, do and say things people secretly think but don’t dare to utter out loud. As John Updike said, “Being naked approaches being revolutionary; going barefoot is mere populism”.

Another hurdle is becoming comfortable with trial and error. I asked Paul what he did when a joke fell flat and no one laughed. “I just keep going,” he said “Sometimes I acknowledge it. Sometimes I ignore it. But you have to keep going.”

To be vulnerable you must be courageous to try and try again. No one complains if people get naked multiple times, right?

For some, having an intimate 1:1 conversation is being vulnerable. For comedians, it’s revealing themselves on stage in front of a new audience every night, hoping strangers commiserate with their wit and reward them with laughter.

Paul told me that he has no idea who is going to walk into the club each night. “You try to read the audience and gauge what material to use and how far to push it,” he said. “But in the end, you do your act, hoping the audience can relate and can see themselves in your story.”

Kitty has to build a relationship with the men she dances for. “They are coming to escape their lives,” she said. “I need to be their fantasy and their hope. I look them straight in the eye and whisk them away.”

Good strippers know how to seduce strangers through connection and good comedians know how to play off the audience, bringing them into the script to co-create laughter.

Regardless of your onstage identity, if you are “Good Naked” then other people will want to take off their clothes and get naked with you too.

Courage and relevance are only ⅔ of the equation. Equally important is our intention for opening up in the first place.

While in New Orleans, I asked Kitty about her intention and why she chose to be a stripper, sharing her body with others. Was it the desperation, the money, or the great pole workout?

While this intention may feel authentic for a stripper, it may not work for everyone or in every situation. Using a public platform to exploit your family or shame your ex is “Bad Naked.” While Paul does draw on his personal experiences as a husband and father, he would never use any material that would jeopardize his marital harmony. Instead, he uses his own insecurities as a launchpad, juxtaposing his desire to be a great parent with lingering self-absorption and a desire for fame.

“I’m sitting there playing with my kids, but what I’m thinking is ‘I wonder how many people read my blog today…” Paul said. “I went to LinkedIn and checked “Who’s Viewed Your Profile on Christmas morning for God’s sake.”

No one is perfect, even though their Facebook posts may make them appear so. “Good Naked” is about being us, comfortable with sharing our imperfections to world, in hope that, perhaps, the world has similar imperfections too. You don’t have to pole dance under a spotlight to be seductive. Sometimes all it takes is being yourself.

Comedy and stripping are both delicate balancing acts. Some use humor to hide from challenging topics. Other strip yet fail to be intimate. If we want to be “Good Naked,” we’ll take courageous risks, build bonds, all the while staying authentically us.

If you’re trying to write something that you don’t understand and embrace at the very core of you, it’s not going to turn out with quite the authenticity and passion it should have. — Terrence McNally