Books that Change the Course of Our Lives 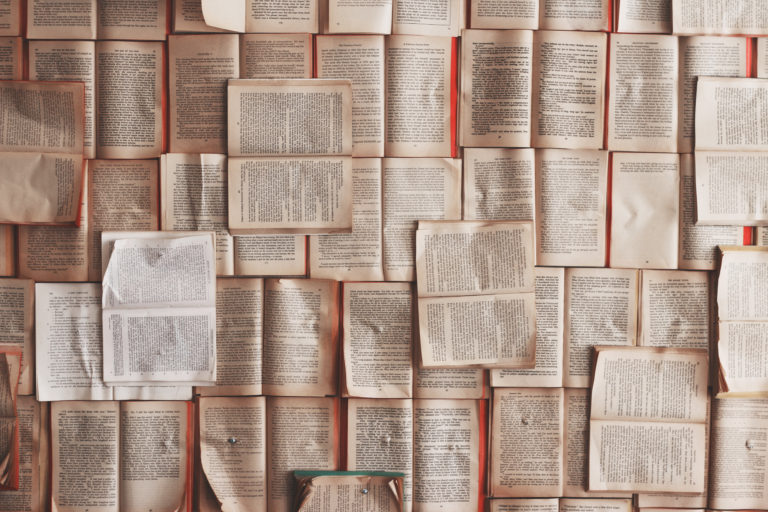 Good books have a way of getting into your bloodstream. They become a homeopathic treatment, imprinting new thoughts into your molecules, changing the core of who you are and what you seek.

The right books cause us to love deeper, travel more, take risks, end things, start things, and redo things. A 140 character count tweet won’t alter your day, but if you can find time for 500,000 characters, you may change your life.

There are the classic coming-of-age novels such as The Fountainhead, On the Road, and The Great Gatsby. And there are the the best sellers that change the contour of culture. The Four Hour Work Week encouraged shorter, stand-up meetings. Eat, Pray, Love sent hordes of lonely women to Bali (including, er, me). And 50 Shades of Grey got people reading on Kindles, rethinking their marriages as they read juicy, yet poorly constructed verbiage through sneaky plastic sheaths.

But I’m not talking about those books. I’m looking beyond Honors English class requirements and famous pop culture references to see which works inspired a revolution. A revolution of our heart, soul, and mind.

I polled my communities across multiple networks asking which books had the greatest impact on their lives. From multiple ages, sexes, orientations, nationalities, professions, and religious faiths, a few gems emerged. They span fiction, non-fiction, pop, classic, children’s and arcane. I welcome you to add to the list.

To find literature in your own life

Bird by Bird, by Anne Lamott

“I thought of you,” a technologist told me when he passed me the paperback. “You’ll be inspired to keep writing. Honest writing. The idiosyncrasies of your life, all our lives, make for great art.”

And so I started writing about my life…

To find your personal journey

Letters to a Young Poet, by Ranier Maria Rilke

Mountains Beyond Mountains, by Tracy Kidder

The Flinch, by Julien Smith

The Structure of Scientific Revolutions, by Thomas Kuhn

“Siddartha gave me motivation to define my journey,” said an entrepreneur.

Another entrepreneur chimed in, “For me it was Flinch. It taught me to trust myself — not my petty self, but the Self I touch in blissful solitude on quiet walks in the mountains…”

“Mountains Beyond Mountains,” a serial humanitarian / Harvard MBA student said. “It depicts how the power of one person working with the best of their strengths can change the world.”

And multiple scientists and attorneys quote Kuhn who challenged the prevailing view of progress in “normal science” and encouraged us to seek out anomalies.

To find freedom in choice

Gift from the Sea, by Anne Morrow Lindbergh

Notes from the Underground, by Fyodor Dostoevsky

In Notes from the Underground, Dostoevsky challenges the notion of ‘acute consciousness’ as considering too many consequences renders one inactive.

Frankl writes about life in Nazi death camps. His heart wrenching story argues that we cannot avoid suffering but we can choose how to cope with it, find meaning in it, and move forward with renewed purpose.

An exec at a not-for-profit told me, “Everything can be taken from a man but one thing: the last of the human freedoms — to choose one’s attitude in any given set of circumstances, to choose one’s own way.”

To uncover unconventional, yet poignant love

A Return to Love, by Marianne Williamson

Unbearable Lightness of Being, by Milan Kundera

Based on a recommendation, I read the Unbearable Lightness of Being when I was in college entering a “complicated relationship.” Many years later I read Mãn when I was working in Montreal entering an even more “complicated” relationship. The book showcases the tremendous love that can exist outside of normal boundaries. One character quotes Edwin Morgan to her lover, illustrating the pureness of the ephemeral:

To rethink loving and living — from children’s books

Alice in Wonderland, by Lewis Carroll

The Giving Tree, by Shel Silverstein

Some like Alice in Wonderland for its parallel universes. A British friend claimed it gave her encouragement to pursue a degree in mathematics.

“We receive what we need most when we are unable to resist the love that is present,” he said.

East of Eden, by John Steinbeck

The Road, by Cormac McCarthy

The Hero with a Thousand Faces, by Joseph Campbell

Life of Pi, by Yann Martel

The books depict our innate drive for survival in the most challenging of times. Márquez taught a Latin businessman that “in order to change your future you better fight for it right now.”

In The Life of Pi there is a powerful passage where the tiger swam to shore and left the little boy behind without so much as glimpse backwards, despite all they had been through. “It invokes feelings of abandonment and grief, yet also powerfully symbolic of a new beginning, and that life carries on,” said my Canadian friend who left banking in her 40s to start a new venture, knowing that no matter what, she’d survive.

To understand other voices

The Temple of My Familiar, by Alice Walker

The Summer Book, by Tove Jansson

The Feminine Mystique, by Betty Friedan

The Mists of Avalon, by Marion Zimmer Bradley

All above books showcase perspectives from complicated vantage points, mostly female. An Israeli friend told me, “The Mists of Avalon was life changing. Normally myths and big stories are always told by men’s perspectives. It showed me that there is always a woman’s perspective for what happens which is different.”

To unearth spirituality and happiness

A General Theory of Love, by Thomas Lewis

The Art of Happiness, by the Dalai Lama

All of these books encouraged people to look at life differently, find happiness in simplicity and to love with compassion.

Conversations will God encourages us to use our feelings (not mere words) as the highest source of truth. According to a retired artist in my family, the book showed her that God ( or Goddess / All That Is) has a sense of humor which helped her “let go of the patriarchal judgmental view or religion.”

A french adventurist told me that, “The Art of Happiness explains that we are all little things, just struggling for the same thing, happiness.’”

This list could go on, but I had tell my community to pause on the recommendations or we’d create our own novel. People chimed in from all over the globe to tell me how a particular book altered their destiny as well as their relationship with others and with themselves. My mother said, “There are so many impactful books, different at different stages of my life, that have grown into very the layers of what makes me, me.”

So what makes you, you? What is the book that charted the course of your life? It could be a classic, it could be a children’s book, or it could be something you picked up in an antique store in Paris. Dig deep. Don’t recommend the book that sits on your bookshelf to impress others, but the one that actually left a tattoo on YOU. Please share it here. And then, perhaps, read it all over again.