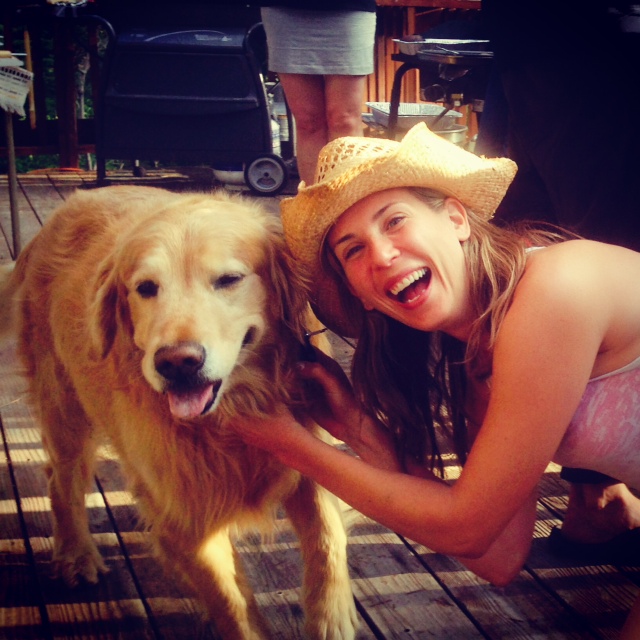 I left San Francisco as Friday’s sunset descended, hightailing it on Interstate 80 to make Tahoe for Memorial Day weekend. My speakers blasted Steely Dan and I sang along off key, hoping the wind from my open windows would enhance my soprano. My mind, once saturated with thought, was becoming free.

“I have a confession,” I uttered. “I kinda like my own country.”

“What?!” she gasped.  “That’s terrible.  What about all those languages you learned? The time spent memorizing the streets of Paris?  Your ability to cross the Nicaraguan border on foot?

You always said you were better ELSEWHERE.”

“Yeah…..well maybe I want to be better here too.”

“You are going to embrace America?!  What about the pied–à–terre in Provence I was hoping to visit? And how on earth will you ever give birth to multilingual babies now?”

In the past I did whatever it took to leave my country. I despised our insane work ethic, our limited language capability, and our materialistic urges that created AMEX and facilitated my wanton shoe buying. I felt people were better elsewhere.  Mexicans had a strong dedication to family.  The Italians valued food, sacrificing job promotions for time to eat more burrata.  And the Indians maintained a strong inner peace. I had been sure my ‘best self’ was outside of my country confines.

During my Tahoe drive, the splendor of California overtook me.  I realized I was seeing things through unfair, un-star spangled glasses.

As the hills transformed to golden velvet, I was overtaken by the diverse beauty of the American canvas. Many American patriots would sacrifice paychecks for these road adventures as well as a good burrata.  I also admitted that our “can do” work ethic is what created Google, Facebook, and Pop Chips. I would DIE without this glorious trio….ESPECIALLY on road trips to Tahoe.  And speaking of roadtrip…where else could I have such unsurpassed freedom?!

In a snap, I decided to stop running away, and be happy here as myself, totally free. As a 6th generation American (or 16th according to my mother), I recounted all the things I quite love about living here.

By BBQ I don’t mean the grilled organic hand caught salmon that a hippy said a prayer for. I mean greasy, fat-on-the-bone baby back ribs with sauce so thick you could swim in it.  Ah yes, true American barbecue ain’t no dainty Amuse Bouche.  BBQ’s carnal hedonism also gives insights as to who your true friends are. Fake friends will look away when you are talking, too grossed out by the sight of pork bits in your teeth as you gnaw away at the bone.  REAL friends will smile and encourage you to eat more and walk around with BBQ sauce smeared on your face.  ‘Eat til it ouches you,” they’ll say.  Barbecue allows us to get down to our “finger lickin’’ happy American selves.

I always thought I HATED Costco bulk buying until a colleague from Finland told me it was his dream.

“Your dream?” I asked, very perplexed.

“Yes, he said. “Where else do you see such mammoth options showcasing the greatness of a society?  Please take me to shop, sample, and stock up on things I didn’t know I needed. It seems like such a happy place!”

Happy? I thought back on the reasons I go to Costco:

Indeed, my American Costco membership will enable me to throw wild dinner parties during the Apocalypse.  If I were elsewhere, I’d die under rubble, starving, without even toilet paper to eat.

Pedestrians have the right of way

In Asia, crossing the street may result in death.  Dodging the unrelenting onslaught of mopeds, cars and buses requires an intense combination of strategy,  adrenaline and Frogger skills. I still have nightmares of foot commuting in Hanoi-no one had a lane, no one respected traffic signals, and everyone mocked me, the lowly pedestrian. No wonder economies struggle there—everyone is focusing all of their brain cells on getting to the other side of the street.

In America, however, I gracefully enter a pedestrian crosswalk and cars STOP IN ADVANCE OF SEEING ME COMING. They respect MOI-the runner who never pays attention, her head in the clouds, legs spinning out of control across asphalt, not ever wanting to stop. I don’t deserve the right of way, but it’s still granted to me. As a runner in America, I am never held back.  I have ultimate freedom.

Yes, I like rolling around in other languages.  Who doesn’t want to make love in French?  But, to be honest, I’m not near as dexterous in any other tongue than English.  When I put words together, only English allows me to artfully express my “best self” and gather the “best self” of others. Language, after all, is what unites us. Seduction is best achieved through wit and friendship held most dear when based on a mutually shared syntax.

Over Memorial Day we entertained a pack of boisterous Americans. As wine flowed, the room swelled with inappropriate jokes and recounts of hikes gone awry. Laughter ricocheted off the walls. So delicious were the stories, I wanted to grab them in mid air. Perhaps I’ll reuse them for a book on the joys of Americana.

I’m still a travel hungry chameleon that can fit in anywhere. You can cut off all my limbs and drop me off in the Amazon jungle and I’d learn the pygmy language and set up a quadriplegic smoothie stand.  But my truest self, my happiest self, my best self is right here. On the west coast. In the United States. Free.

“I want to gather up all the ink cartridges in the universe, because somewhere, mixed in with all that ink, is the next great American novel. And I’d love nothing more than to drink it.”