Why He Won’t Marry You 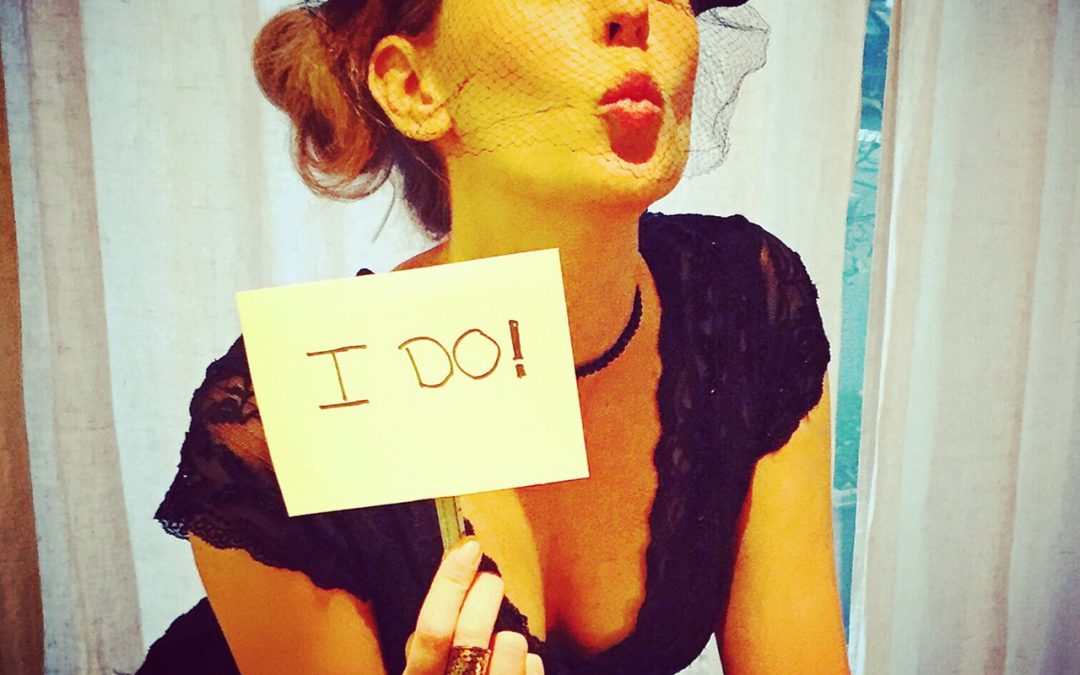 Every spring romance beckons. Flowers bloom, lovebirds croon, and Facebook feeds sparkle with the diamonds of recent engagements. Marriage anxiety infiltrates the city, reducing our best citizens to jittery jello as they wonder when their number will be called.

Men feel pressured to pop “the question.” Women feel pressured to have the question popped. Rightly or wrongly, the idea that someone will choose usfor the rest of our lives shapes our self worth. When proposals don’t happen (or when women turn them down), we either become manic and try to force the issue, or melancholic and think of dramatic ways to die.

Rather than down a bottle of brandy and plummet off a bridge, the ringless should try to understand where their partner is coming from and then decide — chill the hell out or move the hell on?

To help shed light on the ‘till death do us part’ phobia, I conducted deep ethnographic research, hunting for truth at the local bar. My insights are mostly focused on heterosexual men, although I acknowledge a rainbow of viewpoints exist.

So guys, what’s the hold up?

1. He Thinks You’ll Try to Change Him.

“Why would I propose?” asked the neighborhood bartender. “My life is perfect as is. I own this bar, have a great girlfriend, and play poker every Tuesday. I’m afraid that marriage will change all that. A wife demands more than a girlfriend. Did I tell you about Kirk?” he asked. “Poor bloke.”

Kirk and Sheila represented a classic San Francisco love story. They first met in a velvet room at a sex club party. In the midst of moaning and bodily fluid exchanges, the two connected over their shared fetishes for feet, extra sweet piña coladas and the Silver Lupine that grows close to the hiking cliffs of Big Sur. It wasn’t long before the two fell in love. Kirk was delighted. He had finally met the unicorn woman that shared both his interests and his need for sexual variety. After four sex party outings he proposed. Their marriage was bliss until the next party invitation arrived in the mail.

“We are married,” said Sheila. “We don’t do that anymore. It’s time to build a house and think about children.”

Kirk was aghast. Where was the wild woman he had proposed to?

My bartender leaned down on his elbows and said quietly in my ear,

“And there you have it. Women expect men to change. Men hope women never will.”

Happy couples tell me that their secret is committing to changing togethertoward a common vision. If you and your partner have separate future fantasies, you’re just as doomed as Kirk and Sheila. Co-architect a shared blueprint. Give each other something to look forward to that is better than the status quo.

“I love my girlfriend,” said a man drinking Guinness to my right. “I’m not going to cheat on her. But the idea of giving up the ability to be naked with another woman for the rest of my life is kinda crazy. What if there is someone else I am supposed to be with?”

Urban areas like San Francisco are rife with interesting people. Dating is the new Kindle subscription, each relationship a captivating plot. When the last chapter is over, we can just pick up another book. Admittedly, I cherish my personal library and freedom to leaf through old favorites on a whim. However, I also see the benefits of sticking to one epic novel, allowing for full character development and a chance to be a part of something grander than flash fiction. The problem is, of course, deciding which book is the life masterpiece.

If you are sure someone is your masterpiece but they still want to keep their library card, you may want to move on. Or at least pretend to. Sometimes people *think* they want the option of dating others until they actually do it. Three awkward first dates are usually enough to make most convert to monkhood. Or, better yet, convert back to you. The guy or girl that you want to spend the rest of your life with knows you’re not perfect, but prefers your imperfection to eternally searching for perfection in someone else.

“Man, I’m scared to death he’s going to propose. I’m not ready,” said my friend Alice throwing back a glass of scotch. Her marriage qualms and drinking ability represented a .06% minority stake of the world’s female population. “I still want to travel with girlfriends, drink wine on rooftops, and dance with strangers.”

To the self-reliant bohemian, marriage represents an underground dungeon where people are kept in cement cells subject to whips and chains (yet not privy to their more, er, pleasurable benefits). Rather than willingly confine themselves, they prefer to remain in boyfriend-girlfriend status forever.

How do you convince someone that they can still have their independence while being co-dependent? A wild-haired Mexican man behind us had an answer.

“Mira, at first I didn’t want to marry Gabriella. I thought, Por qué? We were too artistic for an antiquated tradition! But as a Catholic, it was important to her so we sought a compromise. 360 days a year I was hers. But I could have five days every year to do whatever I wanted, no questions. I thought I would exploit this and go wild, bedding new women and riding my motorcycle into the desert. But I didn’t! Knowing I had freedom diminished all need to use it.”

Most independent souls still long for a dance partner in life. But the partner they long for ‘gets them’ enough to not constrain them. If the marriage-eager can pause for an intermission, the marriage-phobic won’t start to feel like they are being hunted and try to escape off stage. Space, not lack of it, creates desire.

A good relationship is a tango; one must take a long step backward for the other person to come forward.

“I want to get married again,” said a man to our left, throwing down a $20 for a round of cheap tequila. “But not for a while. I don’t want to jump in too quickly and find out the only thing we have in common is alcoholism. I mean, that was my last marriage.”

Our tequila sponsor had gotten married straight out of college on a drunken dare in Vegas. The two grew apart and finally decided to separate after 10 years. Yet, as much as he wanted to move on, he couldn’t just shed a past partner like old skin. Leaving a spouse is like amputating an arm. A lot of therapy is required to heal the scar tissue.

If your partner has a different set of baggage than you, be prepared for a different timeline. Those with recent divorces, family trauma, or even a failed startup need to be treated with special care. When they say “Someday I’ll marry again,” ‘someday’ could mean in the next year or in the next life — after they reincarnate themselves. If you cannot be communicative, kind, and patient, move on. If someone isn’t ready, they aren’t ready. You cannot expedite things just because your clock ticks faster.

Sadly, many people daydream their relationship into an epic love story. Don’t fantasize an alternate reality and forget the one you are in. Your partner may be with you not because they actually want to get married to you, but because your company is marginally better than being alone. My advice, ignore your heart’s storytelling and listen to your gut’s candor. If your intestines are constantly twisted with worry about your importance, then you should reconsider the time you are putting into the relationship. Every minute you spend with someone that doesn’t make you feel secure is a minute you are not spending finding someone that will. There is a shoe for every sock and an ice cube for every whisky. Don’t waste your time being barefoot and thirsty. Plus, by leaving you’ll start to rediscover who you are and find other ways to measure your self worth.

Regardless if you want to get married or are trying to escape it, talk to your partner about it. See if you can visualize a shared future. Give each other space. Space to think, space to develop, space for them to dream about you when you’re away. Space, not pressure, is love’s fertilizer. If you give your relationship air to breathe it could grow into something so beautiful that you may no longer covet a marriage certificate as proof.