Do You Really Suck or is it Imposter Syndrome? 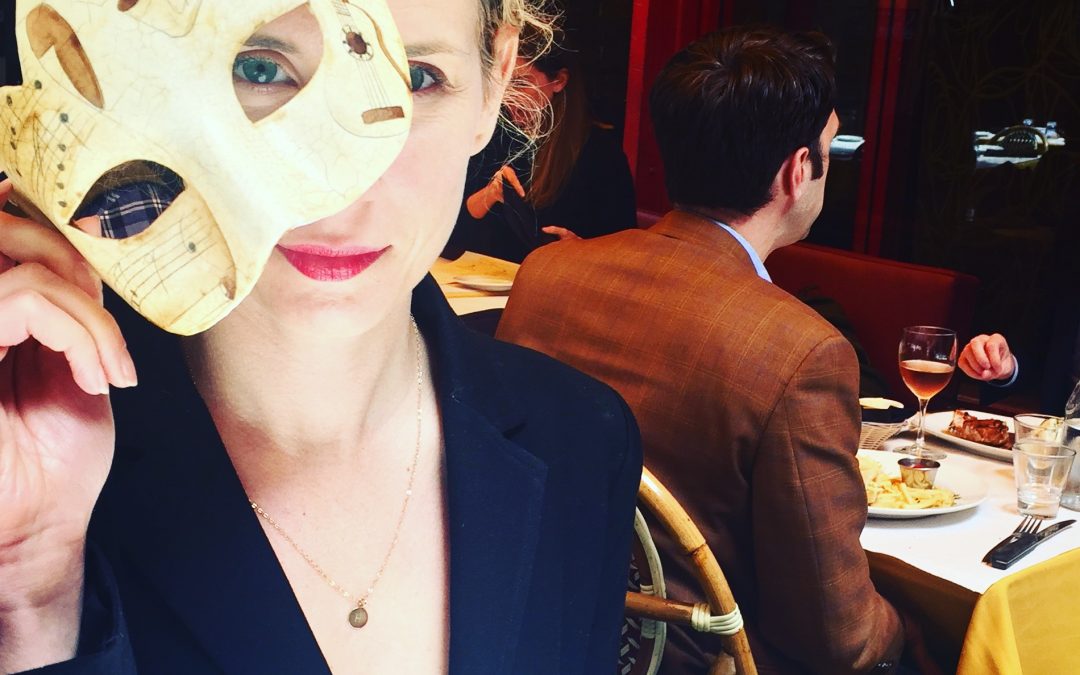 My stomach lurched, my head felt light. I wanted to run into my bedroom and bury myself under the covers. No, I didn’t have a weird covid variant. I was about to present work to our CEO. Imposter Syndrome rushed through my body.

“You don’t belong here,” my brain told me. “You kinda suck. Give up before anyone finds out. I mean you can’t even grind your own coffee beans right. Who are you?”

I wasn’t alone. I belong to a Tech Moms Facebook group. One career mom just wrote about the same feelings she was battling when she started a new job.

“How do you deal with feeling this imposter syndrome? ….I have already asked and plotted out 3, 6, 12 month goals….Yet here I am terrified I made a horrible mistake leaving my [old company] for this one….” she wrote.

Perhaps it was a “career mom thing”. But then a younger, kid-free woman on my team confessed she was suffering from the same ailment.

“I have imposter syndrome,” said Tish.

“Like at home, in your private life or at work?” I asked.

“Work. It’s always at work. I cannot keep up and feel I am doing everything wrong.”

Tish is a high performer. Why can everyone else see it but her?

I have yet to meet a woman, especially a woman of color, that has not experienced feeling inadequate. Even Sheryl Sandberg and Michelle Obama have admitted to having imposter syndrome. If you’re a mere mortal, it’s worse. If you’re from the LGBTQ or black community, double worse.

A BBC article quotes Brian Daniel Norton, a NYC psychotherapist and exec coach saying, “When you experience systemic oppression or are directly or indirectly told your whole life that you are less-than or undeserving of success and you begin to achieve things in a way that goes against a long-standing narrative in the mind, imposter syndrome will occur.”

Why do successful women always mistrust their actions and their success? Men don’t. At least not the ones I hang out with. They generally congratulate themselves for everything from their biceps to how they make a ham sandwich. Some interrupt women in meetings only to say the same exact thing, just in their deeper, less “imposter-ish sounding” voice.

Was it just my biased perception or does research back this? Sadly the latter.

Most Women Perceive Themselves as Less

When I first moved to San Francisco I went to the Women in Leadership conference at UC Berkeley. There I learned some hard truths.

That was 2005. More recent studies have shown the same results. According to 2019 HBS research, women “lack confidence in their ability to compete in fields that men are stereotypically believed to perform more strongly in, such as science, math, and technology.”

The same research said that women are far less likely than men to share their ideas in group discussions. And even when women have publicly acknowledged talent, they forgo praise.

This is unfortunate. What you believe about yourself, you become. If we think we won’t succeed in something then we might not even try it.

Despite having an engineer and scientist for parents, I always felt I sucked at math. A math teacher in 6th grade told me I was ‘about average’. I took this to mean I was doomed, wrote off all STEM careers, and felt I was destined to a life of Bohemia and pan flutes. Later in life I rediscovered math and a knack for it. Oh-it’s actually not so bad, I thought. Why had I felt I sucked for all these years? Just because one teacher said I was average when I was 11? If I was a boy, would he have said that to me? And even so, would it have gotten to me or would I have set out to prove him wrong?

We can call it Imposter Syndrome. Sure. Or we can look at inherent sexism and racism that lead to these beliefs in the first place.

It’s interesting to note that the term Imposter Syndrome  was coined by psychologists Pauline Clance and Suzanne Imes in their study of professional women. Not men. Just us. Ugh.

Many feel the “Imposter Syndrome” label is not just wrong, it perpetuates this feeling among women.

In a recent 2021 Harvard Business Journal article on Imposter Syndrome, they write,

Imposter syndrome took a fairly universal feeling of discomfort, second-guessing, and mild anxiety in the workplace and pathologized it, especially for women.

As white men progress, their feelings of doubt usually abate as their work and intelligence are validated over time. They’re able to find role models who are like them, and rarely (if ever) do others question their competence, contributions, or leadership style. Women experience the opposite. Rarely are we invited to a women’s career development conference where a session on “overcoming imposter syndrome” is not on the agenda.

The label of imposter syndrome is a heavy load to bear. “Imposter” brings a tinge of criminal fraudulence to the feeling of simply being unsure or anxious about joining a new team or learning a new skill. Add to that the medical undertone of “syndrome,” which recalls the “female hysteria” diagnoses of the nineteenth century. Although feelings of uncertainty are an expected and normal part of professional life, women who experience them are deemed to suffer from imposter syndrome. Even if women demonstrate strength, ambition, and resilience, our daily battles with microaggressions, especially expectations and assumptions formed by stereotypes and racism, often push us down. Imposter syndrome as a concept fails to capture this dynamic and puts the onus on women to deal with the effects.

Wow. Ok. I get it…it’s something we need to re-examine, re-label and totally change systemic biases. But how the hell does this help me, and all of us, battle those feelings right now?

I hastily read 20 articles on the matter. What I gleaned was this:

A few weeks ago I stopped grinding my own coffee beans. Not because I felt like a hipster coffee imposter (I mean, I was). But because buying pre-ground coffee saved me time, more easily ensuring I’d make that morning jolt I needed to rock my presentations. Two cups of black, french press coffee and P!nk are my hacks to “Fake it till you make it.”  What’s yours?