Unplanned pregnancies to poor performance reviews…what we reveal at work 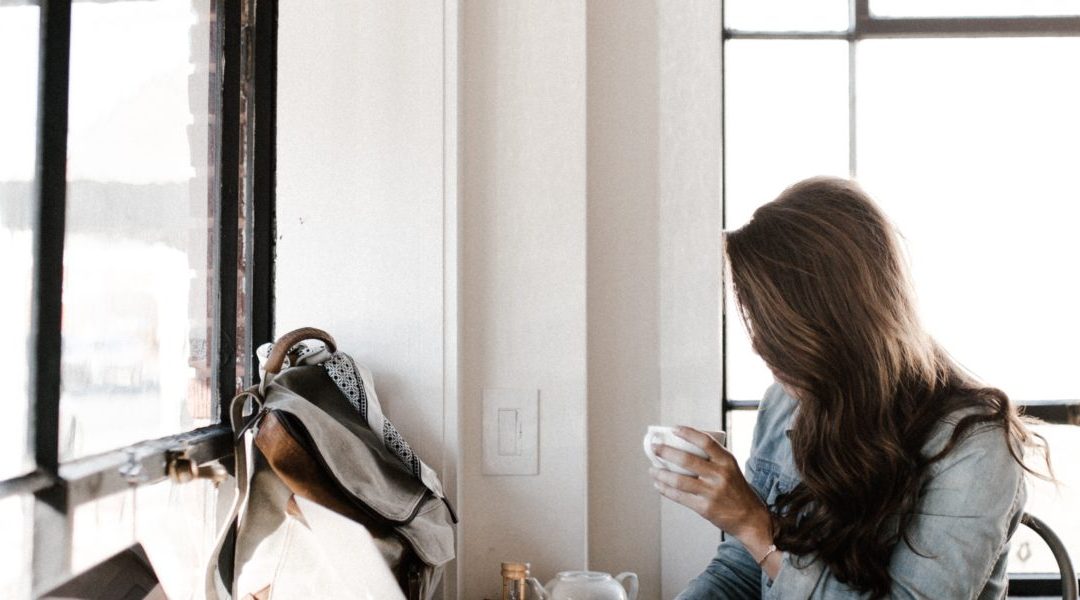 3 days before I was slated to sign my new job offer letter I had a positive pregnancy test.

Would revealing this early be a wise or just weird? After all, this wasn’t exactly an anticipated pregnancy in a stable marriage (or um, any marriage). And my new job offer wasn’t with a large corporation with pillows of maternity leave, but with a nimble startup, where every minute of time mattered.

Many people told me that I had no obligation to tell an employer so early. After all, anything could happen — the miscarriage rate for someone my age was 30%. “You need to get the offer signed to protect yourself,” they said. “Wait three months before you say anything.”

But to me, withholding information seemed the same as lying. How could I negotiate a salary in good faith knowing I was going to have to take time off within my first year on the job? Not to mention the waves of nausea, fatigue, hormonal imbalances and body changes that would inexorably come.

I called my brother, who had been in a few startups, for advice.

“You have a choice,” he said. “Do you want to be seen as an employee or as a partner? If the latter, then you need to be upfront with everything.”

He was right. I needed to discuss details with my prospective employer in person before any paperwork was signed. I needed to give him the option to back out.

We ordered overpriced floral tea in a San Francisco cafe. I sipped carefully-I couldn’t burn my tongue today. I needed every square inch of my mouth.

I let pleasantries escape from the surface of my lips, yet my brain bubbled with hypothetical scenarios. He’s going to rip up the papers and walk out in silence. He’ll ask for a salary reduction as someone in ‘my condition’ won’t be capable of lifting…..lots of emails. He’ll berate me for allowing this to happen without a supportive husband. I will be allowed only 2.5 days of maternity leave.

Stop, I told my imagination. I remembered when I used to go cliff jumping as a teenager. The longer I looked down and waited to jump, the more panicked I became.

No panicking. Time to jump.

“Um, I’m pretty sure I’m pregnant….and you need to know before we go any further…”

As I waited he smiled. “Congratulations. You know, our goal is to make the world more human and you are actively doing that.”

Splash! I had just landed in deep waters.

We agreed to figure things out and spoke about the road ahead as two people united on a mission — not just a company mission, but a company intertwined with life mission.

As we were leaving the cafe he said to me, “Thank you for telling me. I once hired someone who demanded a lot of money and kept her pregnancy a secret for a long time. She turned out to be a poor leader. So even when it’s hard, upfront honesty seems a better approach.”

I’m only five months into the job now, but feel that starting with honesty has paved a way for candid conversations about everything, even when it’s hard. We give each other feedback, air our disappointments, and our admiration. Being in a rapidly growing company means trying new things and failing, and picking yourself back up as quickly as possible to start again. For people that want to build a successful organization, it’s paramount to talk openly works and what doesn’t, every step of the way. It’s the only way for positive change.

In small companies, you cannot hide. Emotions are outwardly worn, just like those wool cardigans in San Francisco’s summer. In larger organizations, revealing your inner turmoils with your colleagues is more challenging.

Many large organizations are not designed to account for personal lives and few people know when, where, or how to be authentic without wearing a TMI band across their foreheads.

According to an old HBR article, “Be Yourself but Carefully” many ‘“sharing” managers fall into ineffective categories such as “bumblers”, “oblivious leaders”, and “open books.”

“Despite its potential benefits, self-disclosure can backfire if it’s hastily conceived, poorly timed, or inconsistent with cultural or organizational norms — hurting your reputation, alienating employees, fostering distrust, and hindering teamwork. Getting it right takes a deft touch, for leaders at any stage of their careers.”

Strong leaders, however, have a great degree of self awareness and reveal certain parts of their lives to build trust, foster motivation, or just be ‘real.’ Seeing them as human gives permission for other colleagues and subordinates to be so as well. Ben* who leads talent development at a large technology company in Silicon Valley told me that he regularly shares his failures and setbacks with his team. He once revealed a past bad performance review as his motivation to pivot his own life. This encouraged his team to be okay learning from their own failures.

“Sharing unites us. It make them feel that they can share their own challenges with me so we can problem solve together.”

One doesn’t need to reveal everything about their personal life at work. However, being open and honest about major pillars of your life is crucial for respect and camaraderie.

In my one of my previous firms, a Partner was often seen as an intimidating over-perfectionist. But once she opened up with the struggles of caring for her ill husband, we saw her as a complete human being with multiple facets to her personality. She was, after all, a devoted spouse. If we viewed her though the ‘devotion lens’ we could see her not as “a perfectionist”, but as a devotee to the firm’s excellence. We are all kaleidoscopes. Understanding more of other people’s color spectrums gives us a more complete picture of who they are.

Plus, openness builds trust which builds loyalty. If you know who someone is through the ins and outs of life challenges, you’ll be united like war comrades, loyal in the trenches for the long haul. It’s impossible to build a marriage or a company with someone unless you know all parts of their kaleidoscope.

As I go back to writing openly about my life, I will ensure everyone knows exactly who I am. Colleagues, community members, C level executives. It may be initially awkward when a Fortune 500 executive reads my post on “how women need to date carpenters..” but hey, part of my own kaleidoscope is pushing people to rethink their romantic relationships. I’m not going to hide my side hobby, just like I’m not going to hide this growing belly. Both are fundamental parts of who I am. In addition, I’ve found opening up enables me to do more deals that are long term relationship based as opposed to one time transaction based. It’s not TMI-it’s being honest.

I hope as companies of the future start to rethink their own culture and engagement, they motivate more leaders to share personal successes and struggles. Even if it’s risky, it humanizes the workplace, allowing our colleagues, bosses, and direct reports to all help us navigate our life path with us. Let’s all be in the trenches together.